Equipment rental revenue, comprised of the construction/industrial and general tool segments, is expected to explode past its peak totals in 2022 according to the latest ARA forecast released by the American Rental Association (ARA).

It is the expectation that the growth rate will be consistent at between 2 and 5 percent for the next three years. According to the forecast, this with combined equipment rental revenues will reach $57.5 billion in 2025.

“The equipment rental segment is moving like the rest of the macroeconomy from relief to recovery. We are seeing a good uptick in business activity that is going to bring rental revenues back to pre-pandemic levels in 2022,” says John McClelland, Ph.D., ARA vice president for government affairs and chief economist.

“The biggest concern going forward is the slump in nonresidential construction. However, a robust infrastructure bill from Congress would provide a significant long-term boost to that sector as well,” McClelland says.

This is the first quarter that ARA has segmented the updated forecast to include just the construction/industrial and general tool segments. ARA currently is developing new ways to gather data and methodology to forecast results for the event rental segment with more information to be available later this year.

The expectation is that revenue for both segments will surpass pre-pandemic peak levels reached in 2019 by the end of 2022.

“While the overall U.S. economy is recovering strongly, the sectors that drive equipment rental are coming along more slowly. In particular, the nonresidential construction and infrastructure sectors are still contracting. They may not see growth until the end of the year. However, leading indicators, such as the Architectural Billings Index have begun to show strong improvement,” says Scott Hazelton. Hazelton is the director of economics and country risk at IHS Markit in Andover, Mass. IHS Markit is the economic forecasting firm that partners with ARA to provide data and analysis for the ARA Rentalytics subscription service for ARA members.

“Construction activity follows architectural design by 12 to 18 months, which suggests a strong rebound in 2022. The energy sector has also begun to recover. However, it will improve further next year. This comes as major economies in Europe and Latin American emerge from the pandemic. It also comes as air traffic returns to something approaching 2019 levels,” Hazelton says.

“Further stimulus via an expanded infrastructure bill could push growth higher. The key takeaway is that we expect equipment rental revenue to recover to 2019 levels in 2022; it is a multi-year event, with the strongest recovery expected in 2022,” he says.

The forecast for Canada calls for double-digit equipment rental revenue growth. This is for both the construction/industrial (11 percent) and general tool (13 percent) segments in 2021. They will reach a combined total of $3.98 billion.

The American Rental Association, Moline, Ill., is an international trade association for owners of equipment and event rental businesses. It is also for the manufacturers and suppliers of construction/industrial, general tool and party/event rental equipment. ARA members include more than 11,000 rental businesses and more than 1,000 manufacturers and suppliers. They are also located in every U.S. state, every Canadian province and more than 50 countries worldwide. Founded in 1955, ARA is the source for information, advocacy, education, networking and marketplace opportunities for both the equipment and event rental industry throughout the world. 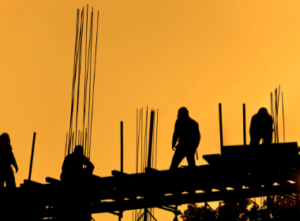 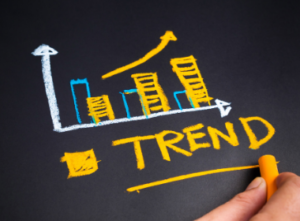