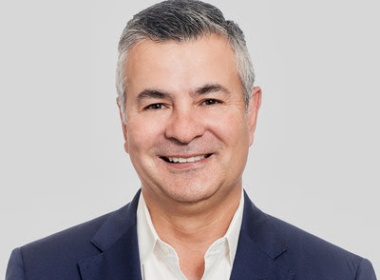 While construction companies continue to face supply chain disruption as a result of the pandemic, these companies are more optimistic (56%) than the national average (52%), expecting overall economic conditions in the U.S. will improve, according to a new study from Umpqua Bank.

The survey clearly shows that construction firms tend to see improving finances in the year ahead. About 66% said they expect revenues to increase, compared with an average of 55% for all sectors. It is only behind that of retail (67%). The construction industry also expects profits to rise, with 52% saying so, compared with an average of 45%, and trailing only retail (67%) and manufacturing (57%).

The findings are a part of the 2021 Business Barometer report that Umpqua Bank just released. The report provides an in-depth study into the mood, mindset and strategic priorities of nearly 1,200 leaders at small and mid-size companies across the United States. The survey breaks down results into seven major industries.

Construction firms also said they will continue to retool their approaches over the next year. Remarkably, 73% said they plan to make significant changes to pricing. This more than any other sector, with the others trailing well behind, such as manufacturing (50%), business services (49%), and wholesale (48%). About 34% said they are likely to take on debt to grow in the coming 12 months, versus 29% of all those polled. About 31% are considering increasing their real estate footprint, similar in inclination to other industries (32%).

“Construction firms of all sizes have shown remarkable resilience during the pandemic, and generally appear optimistic about the economy and their prospects for growth,” says Richard Cabrera, executive vice president and head of middle market banking at Umpqua Bank. “They have faced volatile commodity prices and labor shortages, but strong demand for real estate, such as housing and warehouses, has allowed operators to pass much of the rising costs on to buyers.”

Like many enterprises, businesses in the construction industry have made changes and also adapted in response to the pandemic. However, they are less like than other business to keep changes made long term: Only about 37% of firms said they will maintain most or all of the changes they put in place since March of last year, the lowest among all sectors in the study. The national average was 54%.

Some other key takeaways from the survey:

“We see very encouraging signs despite some macroeconomic adversity,” Cabrera says. “We’re likely going to see strong growth in construction for the foreseeable future. This is thanks to strong demand and the push to upgrade the nation’s infrastructure. We’re just getting started.”

The Umpqua Bank 2021 Business Barometer, conducted annually, surveyed 1,196 owners, executives, and financial decision-makers from U.S. small and middle market companies. The online survey was conducted in partnership with DHM Research, a public policy and business research firm, and targeted executives at companies with $500,000 to $500 million in annual revenue. The survey has a 2.8% margin of error. It took place from May 24 – June 4, 2021.

Umpqua Bank, headquartered in Roseburg, Ore., is a subsidiary of Umpqua Holdings Corporation. It has locations across Idaho, Washington, Oregon, California and Nevada. Umpqua Bank earns recognition for its innovative customer experience and banking strategy by national publications. These publications include The Wall Street Journal, The New York Times, BusinessWeek, Fast Company and CNBC. For eight years in a row, FORTUNE magazine’s list of the country’s “100 Best Companies to Work For,” has recognized Umpqua Bank. The company was also recently named by The Portland Business Journal the Most Admired Financial Services Company in Oregon for the sixteenth consecutive year. In addition to its retail banking presence, Umpqua Bank also owns Financial Pacific Leasing, Inc. This nationally recognized commercial finance company provides equipment leases to businesses. 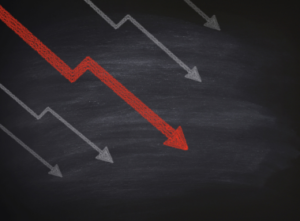