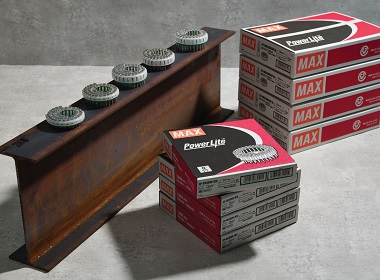 Originally promoted for fastening applications surrounding steel I-beam construction, the CP-W .133” Step Pin has now been recognized and approved to fasten into a range of concrete types as well. The CP-W.133” pin has been widely adopted amongst contractors who moved away from powder actuated tools. These contracts have since utilize the HN120 from the PowerLite system for fastening wood and metal track into steel I-beams. When the CP-W .133” pin came to the market, MAX had only obtained testing data for steel I-beam fastening. This was because the CP-C Series Pinas already covered concrete fastening w covered. After learning about the need for a more versatile pin in the field, MAX worked on securing testing data to fast track the verification with an ICC ES Report (ESR-4320).

Understanding that many commercial properties regularly undergo expansions and retrofits, original poured and even post-tensioned concrete has proven to be extremely dense. It is also hard to penetrate with traditional tools such as P.A.T. gas powered nailers, and drills. Furthermore, MAX expanded the testing report for steel applications as well.

Originally, the maximum thickness of steel I-beam testing data was 3/8”. However, MAX conducted a testing up to ½” thick steel I-beam and obtained an ICC report with the thicker material.

“Because we create the CP-W pins out of a superior metal makeup (compared to our CP-C Pins) our team decided to further expand our testing to validate the stick rate for old and extremely dense concrete (up to 8,000 PSI concrete); Our team is glad to share that we were successful in doing so. We know our customers will be happy with the versatility of the CP-W Step pins for a broad range of fastening applications,” says Yuta Asaba, PowerLite Product Specialist

MAX Corp USA has its headquarters in Plainview, New York. The parent company is MAX Co Ltd. out of Tokyo, Japan. Max is a recognized market leader in the quality manufacturing of tools for nearly 80 years. MAX has several divisions employing more than 2,000 people worldwide, including 200 R&D engineers. 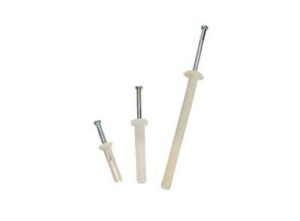 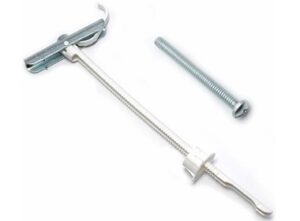 FlipToggle – The Next Generation of Hollow Wall Anchor 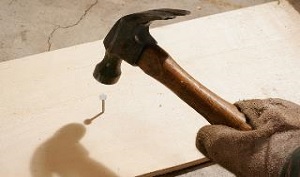