The American Concrete Institute– a leading authority and resource worldwide for the development, dissemination, and adoption of its consensus-based standards on concrete – has announced an additional path for project nomination for their 2022 Excellence in Concrete Construction Awards. They are now making it easier for companies and organizations to achieve recognition for their work.

Any concrete project that has won an ACI chapter award is automatically in consideration for the Excellence Awards. Other projects can also be up for nomination by ACI chapter officials or an ACI international partner. For companies or organizations that do not have an ACI chapter or partner award program available in their area, self-nomination is a solution. For this option, it requires a non-refundable $500 nomination fee. The fee helps cover administrative costs and allows the program to continue to grow. Entries for the 2022 ACI Excellence in Concrete Construction Awards are due Friday, April 29, 2022. To self-nominate a project, visit the ACI website.

“The option for self-nomination is a marvelous enhancement of the awards program, ensuring recognition for the best of what’s out there,” said Michael J. Paul, former Chair of the International Project Awards Committee (IPAC).

Nominated projects must be of new construction, substantially completed within 36 months of the submission deadline.

ACI’s Excellence in Concrete Construction Awards recognize projects that exhibit innovation and complexity, as well as showcase the value provided by concrete as a material. There are seven award categories (Low-Rise Structures, Mid-Rise Structures, High-Rise Structures, Infrastructure, Repair and Restoration, Decorative Concrete and Flatwork). Each year, first- and second-place winners are declared in each of the seven categories, with one project selected to receive the overall Excellence Award. The ACI announces winners at an annual awards gala that takes place during the fall ACI Concrete Convention. Judges for the Excellence in Concrete Construction Awards program are independent industry professionals. This group has technical expertise in each award category, as well as domestic and international project experience.

The annual awards gala, with announcement of winners, will take place during the fall ACI Concrete Convention in Dallas, Texas, on Monday, Oct. 24, 2022.

The American Concrete Institute is a leading global authority for the development, dissemination, and adoption of its consensus-based standards, technical resources, and educational, training, & certification programs. Founded in 1904, ACI has its headquarters in Farmington Hills, Michigan, USA. The gorup has a regional office in Dubai, UAE. Additionally, there is a resource center in Southern California. Visit concrete.org for further information. 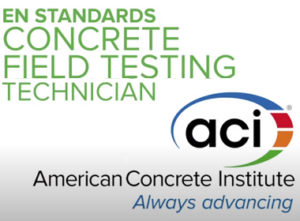