As Western Specialty Contractors appoints New Branch Managers, Pogue and Villegas are responsible for managing sales, daily operations and field personnel. They are also in charge of developing new projects within their branch’s territory.

“Carter and Guillermo are two excellent examples of Western employees who were given the opportunity. They excelled through hard work and dedication, to advance through the company’s ranks,” said Tom Brooks, Western Specialty Contractors COO. “Their jobs as Branch Managers is not always easy, but we feel that each of them possesses the skills and training to do an outstanding job for our employees and customers. Congratulations to both of them.”

Pogue started his career at Western Specialty Contractors in 2003 as a General Cement Mason. It was there where he learned all aspects of Western’s restoration/waterproofing business. He moved into a General Foreman role in 2004, and in 2005 he was promoted to General Superintendent. During that time, he oversaw, coordinated, and executed multiple construction projects and subcontractor operations. In 2012, he was promoted to Project Manager and in 2016 was promoted to Assistant Branch Manager. As Assistant Branch Manager he oversaw the successful completion of multi-million-dollar restoration projects. He has successfully overseen more than 1,200 restoration projects as a Superintendent and Project & Assistant Manager at Western.

Villegas has more than 16 years of construction industry experience. He started his career at Western in 2013.  Upon arrival, his position was Project Manager at the Los Angeles Branch. He held that position for nearly five years until his promotion to Assistant Branch Manager in 2017, then recently appointed Branch Manager. Prior to Western, he worked as a Department Manager at JTS Construction and Modular in Bakersfield, CA and also as a Project Manager for Almira Restoration & Construction in Brea, CA.

In 2019, Villegas and his team received the California Preservation Foundation’s Preservation Design Award for Technology and Craftsmanship for the branch’s role in conserving the Streamline Moderne facades of the historic Saban Building in Los Angeles. Villegas is a member of both BOMA and IIBEC.

Family-owned and operated for more than 100 years, Western Specialty Contractors is the nation’s largest specialty contractor in masonry and concrete restoration, waterproofing and specialty roofing. Western offers a nationwide network of expertise that building owners, engineers, architects and also property managers can count on to develop cost-effective, corrective measures that can add years of useful life to a variety of structures including: industrial, commercial, healthcare, historic, educational and government buildings, parking structures and sports stadiums. Western has its headquarters in St. Louis, MO with 30 branch offices nationwide. It employs more than 1,200 salaried and hourly professionals who offer the best, time-tested techniques and innovative technology. For more information about Western Specialty Contractors, visit www.westernspecialtycontractors.com. 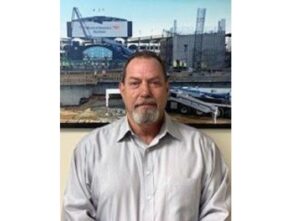 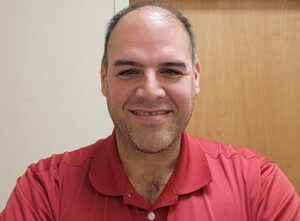