When the Hawkesbury District & General Hospital (HGH) decided to build two large additions to its community hospital in Ontario, Canada, construction officials knew there was a big problem to solve. Below ground level was a substrate composed of solid rock with gravel on top. That meant there was no place for accumulated ground water to go, except maybe to seep through the concrete into the building and damage everything that got in its way. 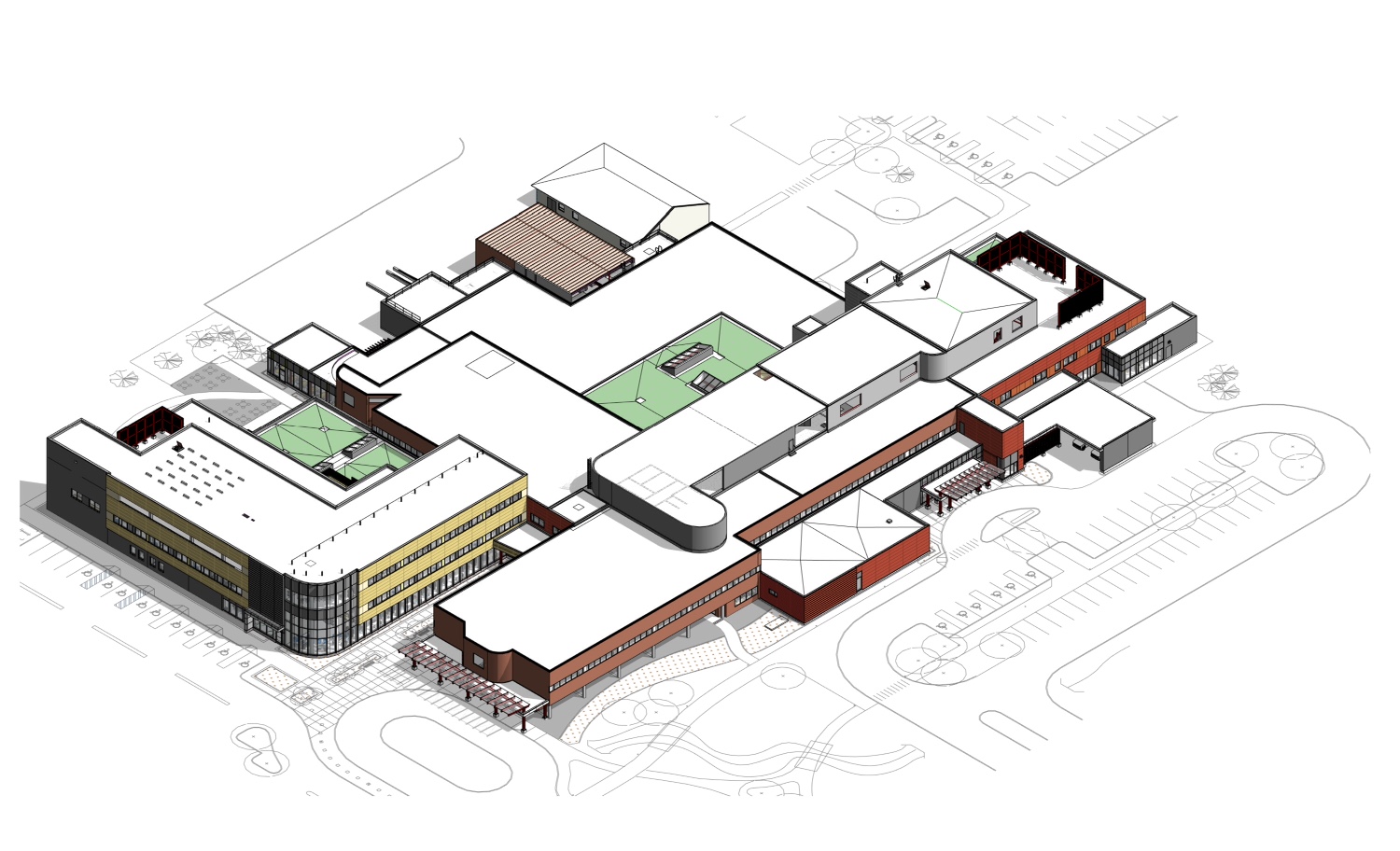 HGH is a patient-centered, bilingual, 100-bed community hospital with a full range of programs serving the Prescott-Russell area in eastern Ontario. Intent on becoming a full service regional hospital by the end of 2018, HGH plans to complete the two building additions later this year. As part of a $120 million investment in infrastructure and equipment, the three-story additions with basements will add more beds, expand healthcare services, renovate specific facilities and add state-of-the art diagnostic equipment.

“Our products were specified in the plans because they could do the job,” said English. “Each product would have a specific role to play.”

Bondfield Construction, of nearby Concord, Ontario, was engaged as the general contractor. “I’ve worked with Meadows products before with very good success,” said Scott Watson, Bondfield’s construction superintendent for the project.

The footprint of the additions totaled approximately 48,000 square feet. To protect the basement floor from underground seepage, Precon sheeting was laid on the bare ground covering the footprint to provide a waterproof barrier and the concrete poured over the sheeting.

“Precon is great,” remarked Watson. “It was used under the entire basement floor and is a full-blown barrier. It is much better than the old poly or plastic we previously used. Precon is applied on its own and needs nothing else, and seals really well, creating what I call the ‘bathtub effect’. It also went down easier than I thought it would.”

The soil issues underneath the basement floor weren’t the only water issues, according to English. The foundation walls also had to be protected.

“With the solid rock substrate and no place for the water to go, it could build up against the foundation, seep through the concrete walls, and enter the basement. We recommended two products to eliminate that problem: Mel-Rol and Mel-Drain 5035-B.”

Mel-Rol LM is a sealant applied directly on to the concrete. It is a single component, water-based, polymer-modified, cold-applied, waterproofing membrane and is well regarded in the field for its reliability. Mel-Drain is a rolled matrix drainage system installed after the Mel-Rol is applied to the foundation wall. Its geo-composite makeup allows the passage of moisture through the fabric while preventing fines soils from entering the drainage channel.

“These products are the ideal choices to protect the walls,” noted Watson. “When the ground water flows toward the foundation, the dimples in the Mel-Drain catch it. Gravity then pulls the water down toward a drainage pipe and it then flows away from the building.”

Watson said the Mel-Rol was easily sprayed on the foundation walls, covering all the tiny holes and cracks, forming a good, protective seal between the Mel-Drain and the concrete. “Together, these two products form a protective barrier that will prevent seepage into the building.” 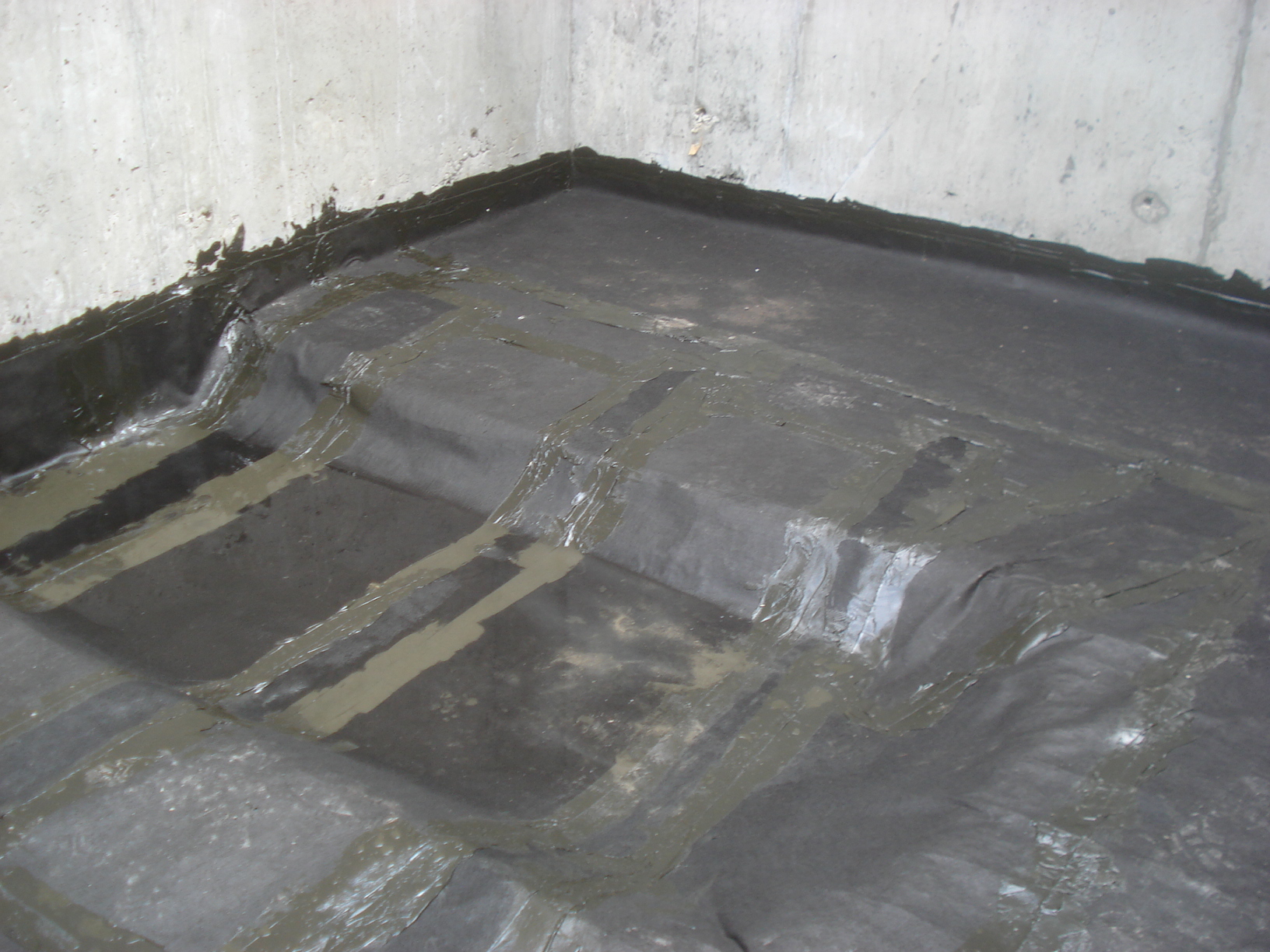 Site situation addressed with reverse engineering
The Bondfield team discovered a difficult problem during excavation: a long cliff of underground rock was found on the excavation site. Since the cliff was too big and too expensive to remove, the concrete foundation had to be poured directly against it, preventing application of the normal waterproofing materials. The team’s solution revealed the versatility of the Meadows products: the capacity to be reverse-engineered.

“We applied the sheets of Mel-Drain directly against the rock first, and then sprayed the Mel-Rol on the Mel-Drain, the opposite of what we would normally do,” informed Watson. “Then we followed by pouring the concrete foundation wall, creating a waterproofed solution. That was it, the problem was solved.”

Building the remodeled hospital has been a long-term project with the plans first submitted to the Ontario Health Ministry in 2007. Technical and financial details were developed and modified in the following years, with final regulatory approval coming in 2012. Construction began in August 2014 and Watson, a 17-year Bondfield employee, has been on the site the entire time. But he has more work to do.

“We’re about 80 percent done with these two additions. I’ll be here for about two more years to complete this work, as well as oversee some smaller additions and renovations.”

The new additions are nearly 80% complete, and the HGH campus will expand to this size when work is done in 2018.

Precon sheeting was applied before concrete was poured to protect the basement floors from underground seepage.

Mel-Rol and Mel-Drain was used to seal the concrete walls to eliminate any possible water seepage due to soil issues on the property. 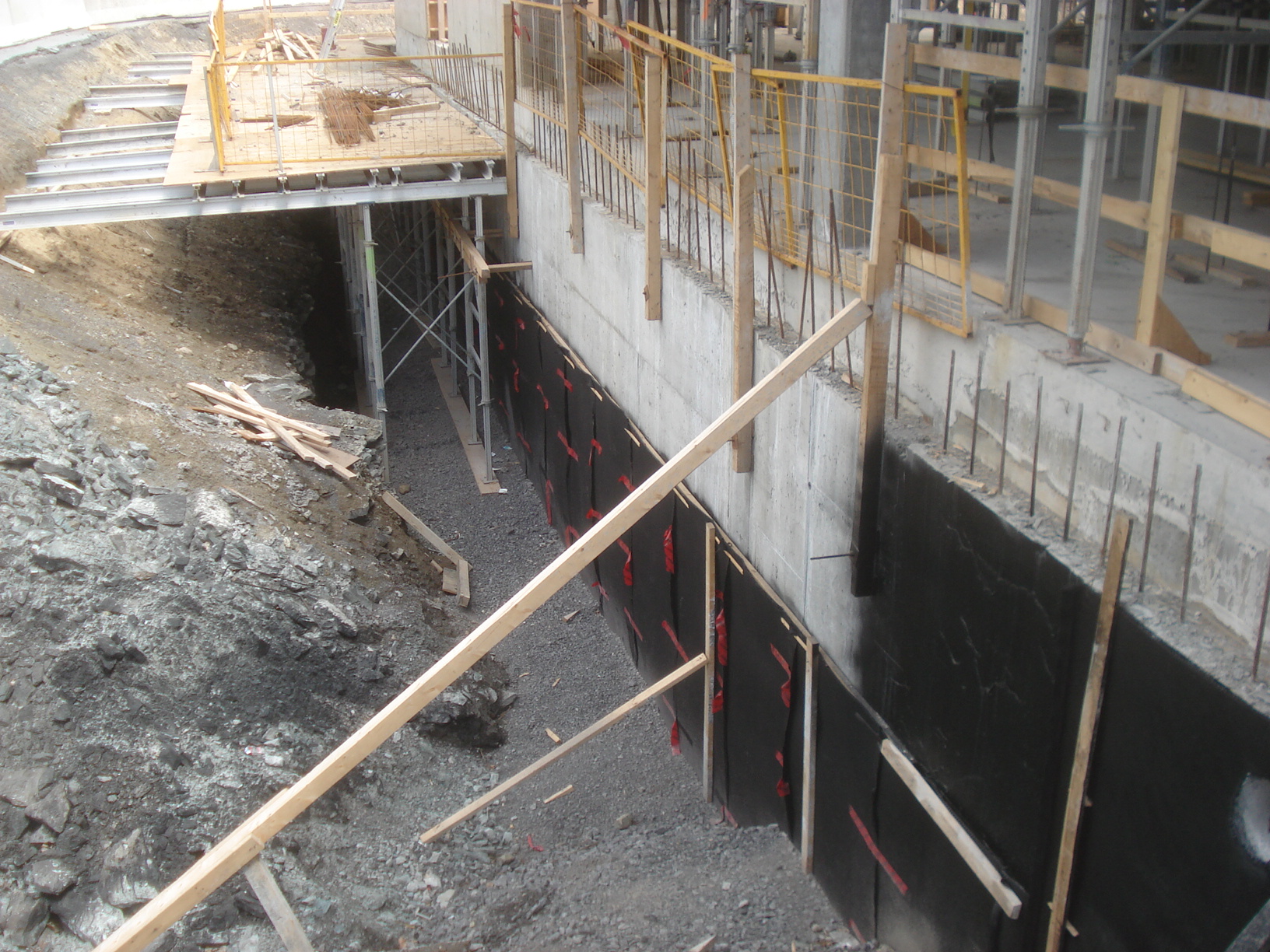 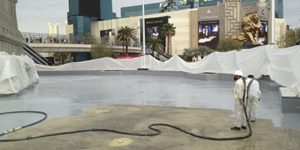 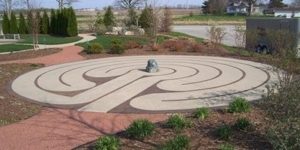 Mind-Body-Soul and Concrete at the Benesse Healing Garden

Keeping a Natural Enemy at Bay:
3 Ways to Protect Concrete from Water