A new report from Phys.org explains how subatomic particles known as muons are being used to probe the structure of concrete. This is a useful ability because building materials such as pipes and concrete that are part of our energy infrastructure corrode and wear thin or degrade over time. Scientists were seeking a better way to be warned of infrastructure deterioration before it becomes a problem. They hit on the idea of using muons, which are charged subatomic particles, are formed when cosmic rays crash into molecules in Earth’s upper atmosphere. The particles, which are more than 200 times heavier than electrons, can travel many meters through rock. Approximately 10,000 muons per minute strike each square meter of the Earth’s surface, and as they pass through objects, their trajectory changes depending on the density of the object. By comparing the incoming and outgoing trajectories of muons to determine how much they are scattering, it is possible to detect objects otherwise hidden from view. This quality is similar to being able to “see” with X-rays but muons are naturally present in the environment and don’t create any radiation. 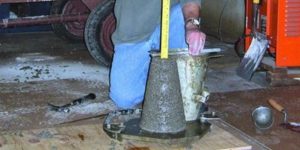 Testing Slump in Your Concrete Mix and Why It Is Important 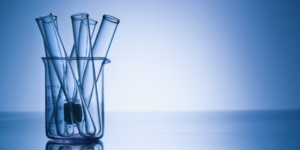 The Chemistries That Help You Polish Concrete 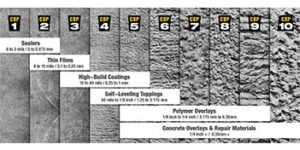