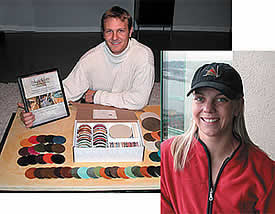 “My career objectives have always been entrepreneurial, so when I recognized the practical applications of decorative concrete flooring I was convinced I could build a company around it,” says Mark Donaldson, president of Seattle, WA-based Skookum Floors USA Ltd.

Donaldson and Meyers represent a new breed of entrepreneur. They are symbolic of Generation Y — characterized as ambitious, methodological and steadfast. In 1998, despite no previous experience in the paint or concrete trades and only 24 years old, Donaldson gave up the security of his marketing job to begin Skookum Floor Concepts Ltd. A year later Meyers threw in the towel and joined him.

“There was a project under construction in our neighborhood, so I stopped by and talked with the construction manager about decorative concrete flooring. By the time I left he had asked me to bid on the project. A couple of weeks later we got the job and the company started,” says Donaldson. 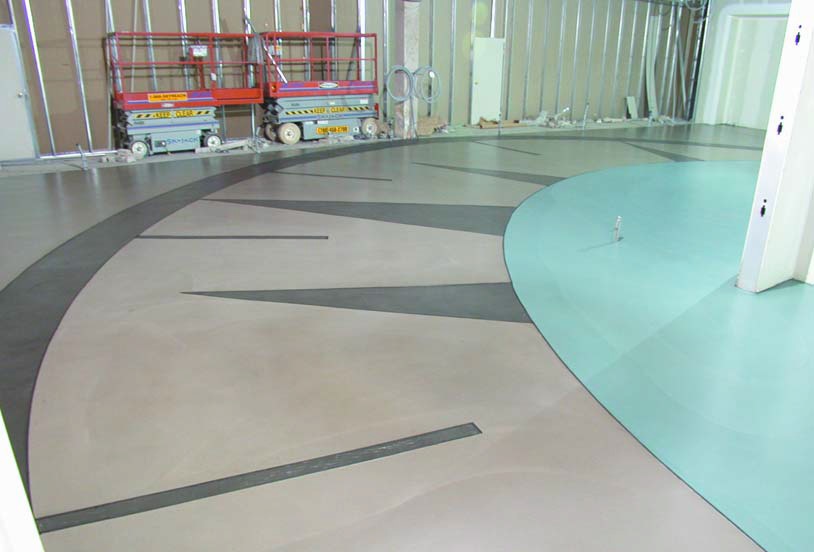 “Our business philosophy has been straightforward-we don’t over-promise and under-deliver and we do what we say we will,” says Donaldson.

But maintaining these steadfast business principles has not come easily, as Donaldson is quick to admit.

“The learning curve has been very steep. In a very short time we had to distinguish our product and service from the competition. We knew the key to our success was to become specialists and that required investigating every aspect of the decorative concrete industry,” says Donaldson. 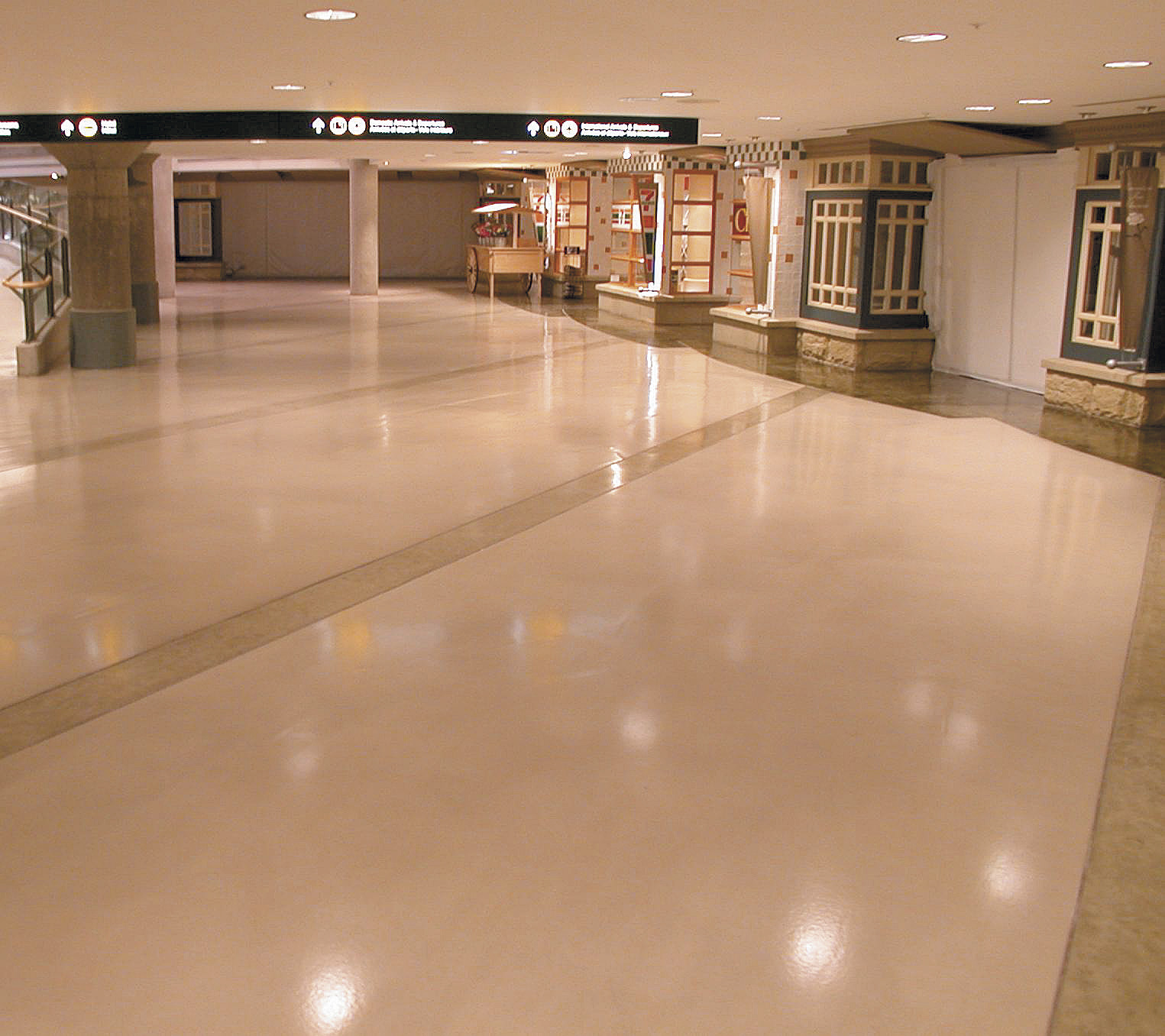 Product Knowledge is Power
Part of being successful in this market is knowing the various products available and how to best integrate them into the flooring system offered. The best way to provide value and increase profit margin is to educate prospective clients on the products used, how they differ from one another and, and which options best meet their needs. Understanding this, the primary challenge for Donaldson was finding products that would form a reliable architectural flooring system-one with durability, superior performance and which satisfies the end user.

“We wanted to provide clients with the best interior decorative concrete flooring available,” says Donaldson. “There are several manufacturers who claim their systems are the best performing so we spent several hours testing products to determine if they stood up to the claims they made. Several do not. We put in a lot of time into doing product research before we finally discovered a combination of products we were confident would provide the best available architectural flooring system on the market,” says Donaldson. “The research is ongoing and we are constantly seeking and demanding better performing products. Research is key to our success.” 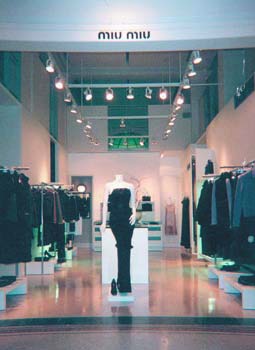 Donaldson recommends keeping comprehensive notes about every job. It provides him with the tools for assessing product performance under varying conditions. He also uses the notes to determine the best combination of products to use on future jobs. Notes include everything from ambient temperature and work conditions to total time required on a job.

After discovering a combination of products that Donaldson was confident would set his product apart from the competition, the next phase of his company’s evolution involved finding, training and maintaining employees-a challenge for even the most established companies.

In 1998, decorative concrete was a relatively new concept in the Pacific Northwest and finding employees with the skills for the job was demanding. Both Donaldson and Meyers realized the challenges early on. There are no certification standards or nationally recognized programs that train decorative concrete professionals and no way to assess individual skills. This is a specialized profession that requires the careful eye of a professional painter and the technological expertise of a concrete finisher. 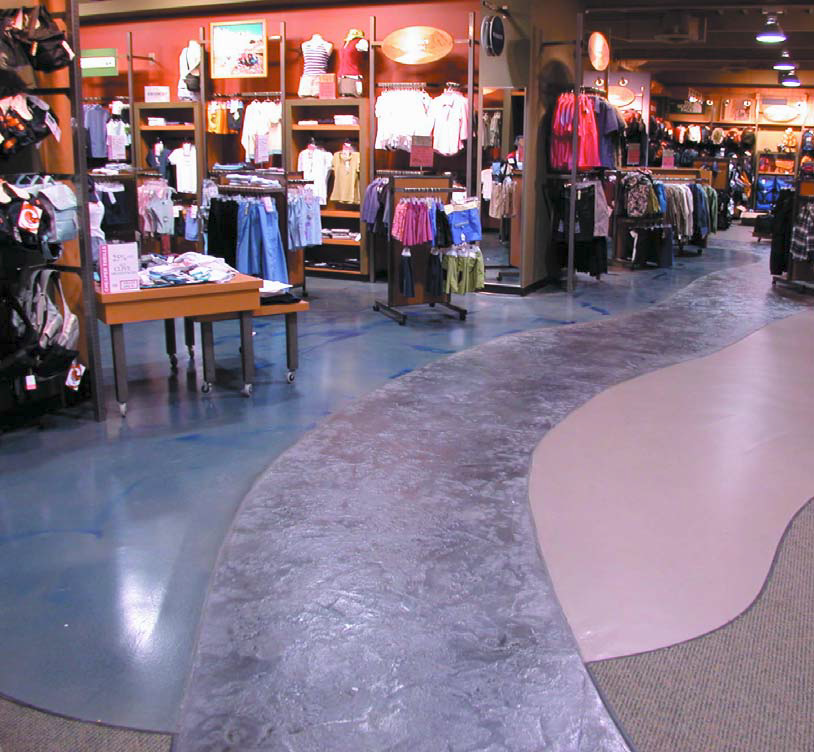 “Attracting good employees requires a good company-one that is above repute in every respect and promotes doing business the right way. That means having proper insurance, payroll systems and providing good working conditions. It also means demonstrating management’s commitment to the company by rewarding employees with bonuses when there is positive growth,” says Donaldson who after an extensive search found an enthusiastic foreman and crew.

To keep employees with the company both Donaldson and Meyers work very hard to create and maintain an environment where employees are comfortable, working for a reputable company and remunerated well for company growth. “Everyone is enthusiastic about the quality of the product we deliver and motivated by the company’s progress. Our employees know they are an integral part of a reputable company and we recognize that our ability to build the good reputation of the company is dependent on our employees. At the end of every job we all stand back and breath a collective sigh-we are proud of what we accomplish as a team,” says Meyers. Without good employees we don’t have good business.”

With product and people in place the remaining link in Skookum’s success is promotion.

The company has an impressive marketing portfolio complete with color photos illustrating the versatility of architectural concrete flooring. The marketing materials also serve as educational tools providing a primer on decorative concrete-advantages, strengths and an illustration of the various design concepts available.

“Much of our sales effort is to educate potential clients about the benefits of decorative concrete. We designed our marketing tools to support this effort while also providing a good overview of the company’s previous successes,” says Donaldson. For those clients requiring immediate gratification Skookum has designed an extensive website (www.concrete-design.com). The website opened up a new international market for Skookum. Donaldson and Meyers receive calls daily from around the world inquiring about architectural concrete flooring.

“The key to marketing is that you have to make the call,” says Donaldson. “After the call, product has to stand up for itself.” 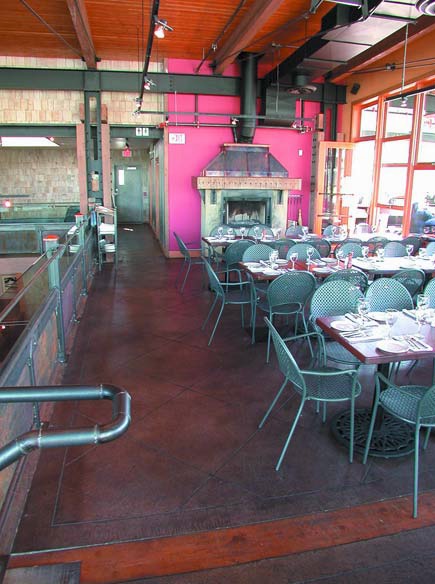 “Having professional certification standards would help to restore confidence in the trade. I believe if this is an industry that is going to stay viable, standards will be required sooner than later,” says Donaldson.

Bob Walsh, the technical director of the Master Painters Association agrees. “National standards usually only result after industry-wide failure which can severely harm an industry. Sooner is better than later,” says Walsh.

Once a project is sold, off comes Donaldson’s marketing hat and on goes his hard hat.
To ensure a successful job Donaldson recommends developing a clear line of communication with the general contractor. They should understand that architectural concrete flooring is scheduled as part of the finishing trades and that requirements reflect this. It may require educating them about decorative concrete finishes and in particular the conditions required for the job to be a success.

“We coordinate with the general contractor to get the job site to ourselves. Advance preparation is key. Knowing the layout and ensuring there is proper lighting, an accessible power and water supply and temperature control will help the job progress much smoother and guarantees better results,” says Donaldson. Flexibility is also important; working on tight schedules requires not having fixed hours and it may mean pouring in the middle of the night. 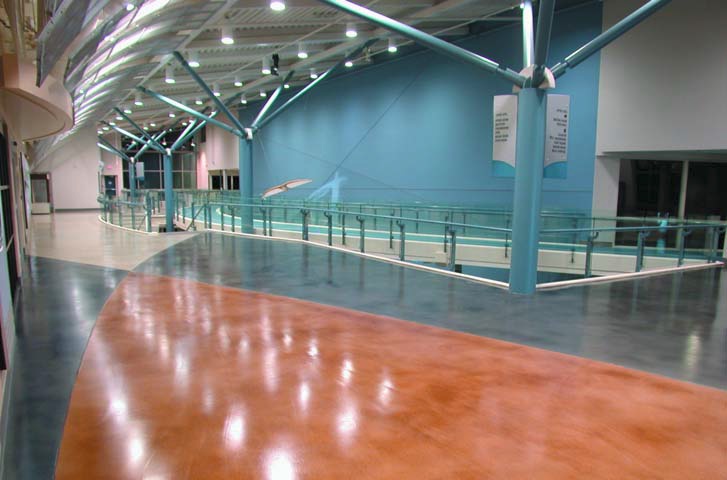 Donaldson and Meyers admit they have faced several obstacles over the past four years, yet remain undeterred. Their goal to be a leading architectural concrete floor firm in the Pacific Northwest is within sight, and at the speed they’ve been progressing their long-term goals don’t look too far off either. Long-term they want Skookum to be considered the best in the industry. They want to see a national certification program that includes installers across the nation and they want to diversify the company. Donaldson and Meyers are smart, ambitious and steadfast and if the last four years provide any indication watch for them to be featured on the cover of a Fortune 500 Business Magazine soon.

Editor’s Note: Catch up with both Mark & Rebecca over at their new venture Concrete Ideas. 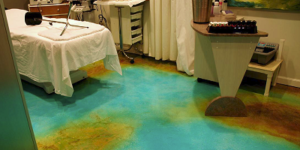