Over the last 15 years I’ve been fortunate to partake in multiple international training programs and symposiums which have let me interact with some amazing people worldwide. Every time I travel outside the U.S. I’m amazed at the scope of the decorative concrete industry. Most of us focus on our sphere of influence— as is to be expected— and don’t pay as much attention to the industry as a whole, especially outside our borders.

For those of us who work in the U.S., Canada and Western Europe, we take for granted the quality of our everyday materials, let alone how easy they are to obtain. In developing countries, the amount of time and cost involved in getting everything needed for a job can be staggering. But staggering to who?

This is where culture and expectations come into play. If the region’s culture understands hand mixing concrete on-site, planning six weeks out for material or working with handmade tools, they make do. When I work in these regions, I’m constantly amazed how resourceful the people are. I often struggle since I’m used to my way, but is that the right way?

Despite all the challenges, the decorative concrete market continues to grow internationally. Over the last decade the quality has improved greatly and, in many cases, the projects dwarf what we see in the U.S., Canada and Europe in size and scope.

International market expands
“The international decorative concrete market is very robust and shows signs of growing at around 6 percent per annum over the next five years or so, with an expected market value of some U.S. $13 billion projected in 2022,” says John Dennis, who is based just south of Manilla, Philippines, and is the general manager and director of business development for Bomanite International Ltd.

BIL is the entity that manages the Bomanite business and intellectual property outside of the U.S. and Canada. The single largest international entity that focuses on decorative concrete, it has 11 independently operated manufacturing locations and more than 20 installation companies across the globe.

According to Dennis, “Huge investments in the leisure industry— namely theme parks and entertainment cities, especially in the Middle East and Asia, where there are approximately 20 such live projects in either the late design stage or implementation stage— have caused BIL to gear up to face the challenges that will be coming.”

Disney and Universal Studios were the trendsetters in the early 1990s when it came to placing decorative concrete hardscape finishes outside the U.S., many of which had never been seen in those regions before. Since then, decorative concrete hardscapes have become the finish of choice for theme parks and entertainment complexes worldwide. The growth of these parks and complexes is slowly migrating into the residential sector, creating demand where it never existed before.

How concrete is viewed outside the U.S.
To understand the outlying decorative concrete market, you first must understand how the rest of the world looks at concrete. “Concrete outside the U.S. is viewed as a structural or base material, which is typically covered by another product like tile, stone, stucco, paint or veneer,” says Matt Casto, field art director with T.B. Penick & Sons. Over the last 20 years, he’s been involved with decorative concrete installations and trainings in 34 countries.

Concrete and cement-based materials are the primary building material worldwide, but outside the U.S. the culture of concrete hasn’t been one of a finished product. This mindset has led to placing and finishing practices that create structurally sound— but not necessarily aesthetically pleasing— concrete. But aesthetics is beginning to change in developing countries, Casto says, as designers and architects realize concrete’s value and demand higher quality finishes.

Likewise, installers are learning and implementing best practices to achieve concrete that has the quality, aesthetics and longevity of other more common flooring and hardscape finishing materials.

This is also what JoAnne Ong, one of the founding members of Bomanite Malaysia in Penang, has witnessed. “In the early 1980s the construction industry in Malaysia saw developers paying closer attention to landscaping their properties,” she says.

This trend has slowly grown over the last three decades, and she’s seeing larger budgets for decorative concrete hardscapes. “The focus on landscaping is significant enough to encourage a great increase of young and adventurous landscape architects.” This change, she notes, has created new demand as the design industry embraces the variations and durability decorative concrete can offer a project.

International struggles
Almost every conversation I have with someone from the industry in a developing country eventually circles around to the difficulty of obtaining materials and skilled labor that we take for granted in First World countries.

The same issue of product availability was a concern for BIL’s Dennis. “Some of the biggest struggles our international applicators face are often ones of availability of some essential products.” What we take for granted and expect on the shelf can require weeks to months of preplanning to make sure they are on-site when the project begins. “Often these are basic products found [over the counter in the U.S.] but that might take weeks to arrive on-site if the need is unforeseen,” he says.

Closer to home, Nathan Wong, general manager and owner of Alternative Concrete Solutions in Tortola, British Virgin Islands, has cleared the hurdles of sourcing materials and solved the logistics of performing work across many islands. “The process is complicated, but the opportunities are endless if you’re willing to put in hard work for the first three to five years,” he says. 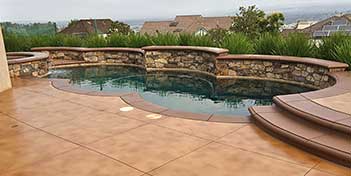 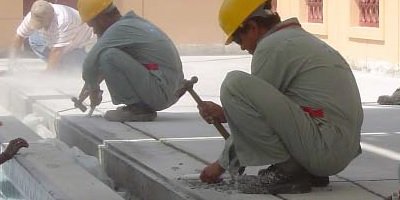 Acknowledging that the project was a logistical challenge — beginning with an eight-hour time difference between Texas and Bahrain — Sundek personnel also saw it as an opportunity to show their patriotism and support for the men and women fighting for our country. 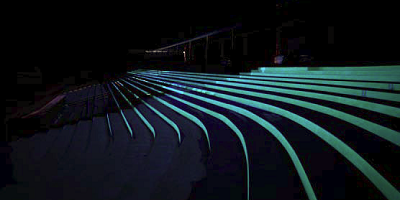