But as part of a system of energy-saving designs, ICF manufacturers and specifiers say the concrete-wall construction system can play a major role in achieving energy-efficiency objectives and reeling in LEED (Leadership in Environmental and Energy Design) credits. LEED is the U.S. Green Building Council’s green-building rating system.

The experience of the Warren County, Kentucky, school district in the Bowling Green area makes a compelling case for those who champion ICF construction as an integral component in energy-efficient building design and operation, going all the way to net-zero energy buildings and net-zero energy “ready” buildings. Net-zero ready means the building is nearly net-zero but needs a nudge — such as that provided by on-site solar-power generation — to reach net zero.

That’s the scenario for several schools in the Warren County district. And one school — Richardsville Elementary — is indeed net zero thanks in part to a solar array that generates more electric power than what’s needed for the building. The surplus goes into the electrical grid operated by the region’s power utility, the Tennessee Valley Authority.

ICF construction has been called “Legos for grownups” due to the interlocking, insulated form panels or units that connect to create a structural wall framework. Steel reinforcement is added and concrete is poured into the space between the forms during construction.

The completed wall is structurally robust with vapor and air barriers, and carries a high R-value, indicating a high degree of insulation performance, ICF manufacturers say. 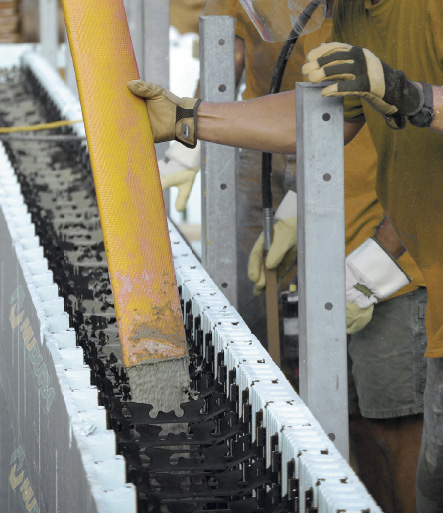 Testing the ICF waters
The Warren County Public Schools (WCPS) district first went the ICF construction route in 2005, with Alvaton Elementary School. Jay Wilson, energy manager of the district, was approached by Martin Clark, representing ICF manufacturer Nudura, and agreed to give it a look. Clark is Nudura’s director of business development, commercial market, for the U.S.

“We had looked at low-hanging fruit,” Wilson says — meaning the usual design strategies adopted in ratcheting up energy efficiency, such as geothermal HVAC, daylighting, LED lighting, occupancy sensors that turn off HVAC and lighting when a building space is not being used, solar-reflective roofs and other advanced building-envelope technologies.

Clark and the district’s facilities manager visited a private school built using ICFs, and Warren County district officials decided it was worth a try, designing ICF walls into the Alvaton school project.

Alvaton is one of several schools in the WCPS district designed and built to be net-zero ready. The others are the Bristow and Jody Richards elementary schools. The under-construction Jennings Creek Elementary School is slated to be Warren County’s — and Kentucky’s — next net-zero school when it opens next fall, Wilson says. ICF construction is part of the design for all the schools.

“We knew we were onto something,” school architect Kenny Stanfield says of the Alvaton project’s energy-savings performance and the role played by ICF construction. Going forward with other school designs, “We knew we would do ICF as part of the project.”

All that’s standing in the way of going from net-zero ready to actual net zero in the schools, says Stanfield, is the addition of sizeable solar-energy installations. Solar economics — and politics — hold the key to whether the net-zero objective will be achieved, and when. Financial inducements for solar-power arrays fluctuate, depending on which direction the winds blow in Washington and the statehouses and how those politics figure in utility company renewable-energy incentive programs.

Wilson, who also wears the hat of WCPS director of safety, says ICF construction’s resistance to winds of up to 250 mph figures prominently in buildings in tornado-prone regions such as Kentucky.

The other schools in the Warren County district defined as net-zero ready are listed here with year of completion.

ICF construction won’t magically transform a building to net-zero energy use all by itself, says Stanfield, a principal with Sherman Carter Barnhart Architects in charge of the firm’s K-12 Education Studio. But, he says, ICFs in combination with other design innovations are a proven way to get a building design into the net-zero neighborhood.

The thermal-mass effect
“You can reach the numbers” that ICFs deliver by employing other wall designs, “but adding insulation is only part of the equation,” Stanfield says. A key contribution from ICFs is attributable to the concrete wall itself — the thermal-mass effect.

The concrete wall’s thermal mass absorbs heat energy during the daytime, Stanfield explains, storing up the energy from daylight, lighting systems, occupants and HVAC systems. At night, this heat energy is slowly released, easing the demand on the HVAC.

The high-R-value foam insulation in ICF wall construction acts to slow this absorption of heat energy by the thermal mass of the concrete, and subsequent transfer of heat energy from this thermal mass to the building interior, Stanfield says, a conclusion that Nudura representatives confirm. But at the same time, the air-barrier effect of the ICF wall assembly works to block the entry of colder outside air.

In regions with wide swings in temperatures from day to night, the thermal mass effect can be an important factor in energy performance, he says.

Another passive solar-energy strategy, Stanfield says, is the building’s orientation, where its longest wall face is on its south side to maximize storage of daytime energy in the thermal mass of the ICF wall.

“There’s no other product that can give that kind of wall performance,” Stanfield says, referring to other building-envelope systems.

ICF and the net zero-ready template
Stanfield’s firm is in the vanguard of energy-efficient school design, with credits that include WCPS’s Richardsville, Jody Richards (EUI: 20.0), Bristow (EUI: 23.6), and South Warren Middle and High (EUI: 24.3). Four other schools designed by the firm in other districts also boast EUI scores under 25.

South Warren Middle and High School, the state’s largest public school when completed in 2012, boasts annual energy savings of more than $682,000. It features a host of energy-efficient and sustainable innovations, from geothermal heating and cooling to a solar-reflective roof. ICF construction was used for interior and exterior walls.

Sherman Carter Barnhart’s designs in other districts are modeled on the WCPS template for net zero-ready design, Stanfield says.

Wilson, WCPS energy manager, says the insulation factor of ICF construction is significant. “I think all of our buildings going forward will be ICF, until we find something better.” 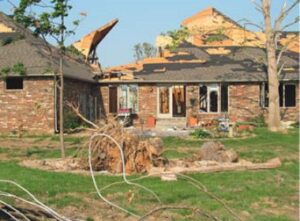