One day in 1989, Don Piper finished a morning conference and headed toward home in his Ford Escort, looking forward to spending a quiet weekend with his family. The details are fuzzy, but somehow Don’s car was struck head-on by an 18-wheeler at full speed. Don was trapped between twisted metal and broken glass, and it seemed certain that no one could survive such an impact. In fact, not one but several paramedics pronounced Don dead and covered the wreckage with his body still inside. It wasn’t until well after an hour later that a bystander heard sounds from the wreckage. Don somehow had survived the tragedy.

It took several more hours to extract Don from his car as doctors waited at the hospital. The extent of Don’s injuries would take the rest of this article to describe, but let me sum it up by saying that he has had 34 surgical procedures and endured what he has described as nonstop pain that no modern-day reliever could control.

You maybe asking yourself what all this has to do with decorative concrete. Let me explain. Don has said many times in describing his recovery that the hardest part was realizing the “new normal” for his life was only a fraction of what the old normal was. He has also said accepting the new normal has allowed him to move forward and somehow be appreciative of the things his crippled body can still do.

I’m thinking that most of us in the construction industry have realized there has been a serious correction. The level of correction is less for some but great for most. Accepting these facts and adapting our lives accordingly is the only way to move forward and through these times. Adjusting the way you do business from this day forward is as important as accepting the fact that the “new normal” is very real. It has nothing to do with giving up. I have been lucky enough to be a decorative contractor for many years, and the new normal as I see it is as follows.

New normal no. 1
The decorative services you provide must be the best available and presented in a way that helps your customer realize the great value in what you do. Let me say it like this – healthy, tasty portions at an affordable price. Sounds like a good restaurant, doesn’t it? I highly recommend you look at your services as if they were the menu at your favorite restaurant, because it might be the difference between being in business or not. Everybody, and I mean everybody, is looking to save dollars, so you must find a way to offer your service in an affordable yet quality fashion. I recently heard of a diamond consultant addressing a group of jewelry store owners. His advice was to completely change the way wedding rings were sold from the old days when a customer was advised two months salary should dictate the cost of a ring. His new advice, in this market, was to sell smaller diamond rings and stress that diamonds are an investment that has held value over time. The decorative concrete industry must be presented in the same fashion.

New normal no. 2
The days of rolling from one job to the next with a stack of undeposited checks sitting on your desk are over. My year-over-year sales are down 59 percent and it is not by choice, I can guarantee you. It wasn’t that long ago that I was advising decorative contractors to specialize in two to three types of decorative work and become efficient at only these types. This advice worked well in a booming economy but will not work in today’s market. My advice is to not outsource anything that your crew can do themselves. Our crew would never break out concrete in the past, because they were more profitable stamping. Now we would not consider outsourcing the demolition, because we need work. This is part of the new normal for my crew and they are glad to have the hours.

New normal no. 3
Construction has reverted back to seasonal work in many cases. This means few hours in the winter or off-season and a few more in the peak season. By sheer design most men are programmed to get up and go to work. We enjoy the camaraderie of other crew members and find great satisfaction doing hard work many men can’t. You and your crew must accept the changing times and adjust your standard of living accordingly. Few in this industry are quitters, and giving up is not what I’m talking about. This is tough for many crew members that have been used to 50 to 60 hours a week, but long hours are not practical considering the circumstances. Our goal has been to get the guys 30-plus hours per week when possible. Overhead becomes a huge issue in these times, so work closely with workers’ compensation and liability insurance carriers to adjust premiums that are based on gross sales and wages paid. No need to pay more than needed. Overhead should drop consistently with your gross sales, so watch both closely.

Final word
For more information on Don Piper’s incredible story of survival, check out his site at donpiperministries.com. I’m betting your new normal is less painful than his. 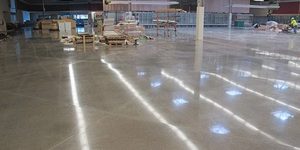 How the Polished Concrete Market is Shifting 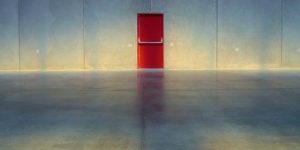 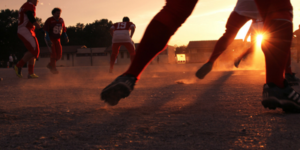 Compete for Work, But Do It Respectfully