Unfortunately, he says, it’s a message they might prefer not to hear.

“You’re no better than your worst sub,” he says.

The way he sees it, general contractors are basically brokers. “At the end of the day, they coordinate construction jobs.”

In this role, they call the shots on subcontractors, based on criteria that, he says, too often start and end with cost. “We try our best to pick quality contractors to do business with, but some still focus on the low bidder.”

Nevertheless, David Edwards and his company, Edwards Concrete, of Winter Garden, Florida, continue to campaign for the GC’s attention. A key tool in this communication program, he says, is the lunch and learn.

“It’s for GCs, architects, anybody who might use our service,” he says. “We’ll do a catered lunch, and while they’re eating we’ll do a slideshow, tell them about all our services. Once we get done, in 30 minutes or so — my intentions are to keep it as short as possible — there are a lot of questions.”

Typically, the questions come fast and furious about decorative concrete and how Edwards Concrete achieves certain looks. “They are a little stressful to do, but we feel good about it afterwards,” he says.

Edwards isn’t sure his message about quality gets through, but he figures it’s worth a try. Maybe, just maybe, the GC will remember that cost is not the only thing to consider when hiring a decorative concrete professional.

Edwards’ pitch to the GC is relatively direct — enjoy a free lunch and let him explain what decorative concrete is all about. A sampling of opinion from a handful of other contractors turns up some interesting — you might even say unorthodox — approaches to this matter of communication with the general contractor.

The DCC as problem solver
“GCs have no interest in decorative concrete,” asserts Gregory Hyde Hryniewicz, owner of Hyde Concrete, of Annapolis, Maryland. “Decorative concrete is a pain in the (butt) for them. It takes longer to do, it’s more prone to problems If you’re looking to spend money on marketing, don’t spend it on GCs.”

Hryniewicz is serious, at least to a degree. He’s not saying the GC is unimportant or undeserving of the DCC’s sales pitch. His point: The GC’s instincts are attuned to certain stimuli — cost, efficiency, expediency. The GC doesn’t want to hear how good you are at polishing concrete. “He wants someone who solves problems as economically as possible,” Hryniewicz says.

“My approach is to do this: Be a trusted advisor, be a resource for him for reliable information. Depending on the situation, he can turn around and put me in front of the architect, possibly as a way to improve upon a design. Or sometimes the architect doesn’t specify correctly, like in the type of finish, the level of finish. Here, the GC should say, ‘Let my decorative concrete contractor talk to you directly.’”

Hryniewicz says he doesn’t market to GCs per se, “but I do sell relationships with GCs.” This relationship can make a difference at key moments — when the GC has won a contract and is considering subcontractors, at the time of initial bid when the DCC can serve as a resource for cost estimates, and (not infrequently) in cases where something didn’t work out with another DCC. Hyde Concrete gets a significant number of jobs this way, Hryniewicz says, due to a reputation for quality, albeit at a price premium.

Information, he says, is a highly valuable asset for the DCC in its relationship with GCs. The GC may not need to know everything about decorative concrete, but they need to know whom to call to get the information they do need.

In keeping with this “trusted advisor” role, Hryniewicz says he seeks networking opportunities such as events offered by trade association Associated Builders & Contractors. “I want to stay at the forefront in their minds, so that when they have a decorative concrete question or problem, they can call me. I’m a resource for them.” And, he says, if needed he can effectively speak the language of decorative concrete to the clients that matter most — the owner and designer.

Making an impression
Cory Hanneman, owner of Element 7 Concrete, in Marble Falls, Texas, hit on a novel idea for etching himself and his company in the minds of GC customers — crafting custom-made items with a connection to both the client and Element 7.

One year he made coasters for drinking glasses out of a self-leveling cement mix, using a urethane mold. In another stroke of creative wizardry, he used self-consolidating concrete to produce a Bakugan game for clients that he knew had young children.

“Who else does that?” he says, certain of the idea’s originality. “It doesn’t cost a lot of money and shows your company’s skill and creativity.” He simply purchased a game at retail and applied a release agent to make a mold.

For another giveaway, he used an old motorcycle tire as a mold and shaped leftover countertop concrete to fashion a “propagandasaurus” — a desktop ornament that displays brochures and other literature. Then there was the flower vase, made using a concrete slump cone.

“It’s just doing creative things with leftovers, a really good way to tattoo the name of your company or brand in the minds of customers,” Hanneman says.

For builders who bring a good deal of business his way, Hanneman puts together a book of photos featuring projects by the contractor that incorporate a contribution from Element 7. The contractor’s company name and logo are printed on the cover, accompanied by the Element 7 logo. Other information, such as a color chart for stained concrete, is also shown inside as part of the sampling of the builder’s portfolio, including decorative concrete work.

A key, Hanneman says, is knowing your core customers and focusing on those parts of your business.

“We focus on ongoing business with core customers — the builders,” he says. “I like to work with high-end residential, so we work with builders in that niche. You have to know what your niche is. Some like to do car dealers, so they should run with that. Others like blue-collar customers, so maybe remodels are their niche.”

For him, the image of professionalism and quality extends to details such as the visual appearance of the Mercedes-Benz Sprinter vans with the Element 7 name across the side. “We always work to keep them clean. We maintain them rigorously, which is hard with decorative concrete work,” he says.

“Builders are always going to be moving around and stuck in traffic,” he notes. And on the road, they will encounter spiffy-looking Element 7 vehicles. 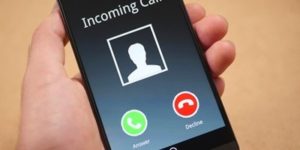 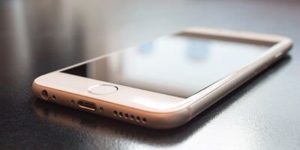 Concrete Professionals Should Mind Their Manners While on Mobile Phones 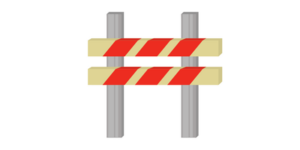