After graduating from college, Evan Shanks knew his true calling reached far beyond a nine-to-five desk job. In 2012, he took a leap of faith and started his career as an automotive YouTuber. His goal was to be a positive influence while showing the ups and downs of building and modifying cars.

Fast-forward to today. Nearly 1 million fans across his social media platforms keep up with this self-made mechanic, car enthusiast and YouTube influencer who owns Five Three Supply, an athleisure company.

After his first seven years of building his brand and follower base, Shanks reached an ultimate high with his platform. As a result, he wanted to continue the momentum and take the next step.

He quickly realized the lack of space to work on cars at his current house posed a major problem. It put a damper on pursuing new opportunities and business ventures. Consequently, a lightbulb clicked inside his head. He needed to find a house with land where he could build ShankShack, his dream car shop.

Soon, Shanks moved into a new house in Texas. After months of methodically planning and designing his new shop, construction began. He decided he would not only build cars in this shop. He would outfit it with welding and engine-building stations and a hydraulic press so he could fabricate his own cars.

For ShankShack, Shanks wanted something more durable and customizable than epoxy flooring. He turned to Laticrete after realizing what the performance of its Spartacote Resinous and Decorative Flooring System could offer him.

Not only could Laticrete provide premier products for ShankShack, it also aligned with Shanks’s vision of creating a one-of-a-kind showpiece garage floor. Laticrete reached out to Matt Johnson with Business Flooring Specialists (BFS) to do the job. Johnson had extensive knowledge and experience with the Spartacote line.

The project presented its designers and builders a variety of tasks to tackle:

So instead, Laticrete and BFS broadcast the custom glow flakes into a thick clear coat. This inherently added more depth and gave the finished project a unique appearance.

Spartacote Resinous and Decorative Flooring System was chosen because it’s seamless, safe and highly durable. Above all, the easy-to-clean solution succeeds with the most demanding flooring challenges. With tailored systems for industries ranging from health care to manufacturing and everything in between, Spartacote helps reduce downtime. Its innovative, quick return-to-service products have been proven through years of successful installations.

A variety of available textures, finishes and colors allows customization to match any décor. This enabled the Laticrete and BFS teams to put together a glow-in-the-dark custom-chip blend exclusively for the new ShankShack.

First, the crew shot blasted the floor to prep it. Next, they filled the cracks and spalls with Spartacote Fast Fix, a two-part, hybrid-urethane crack repair material. They then evened out the floor with a hand grinder. Once leveled and smoothed for the main Spartacote application, they applied a white coat of Laticrete Vapor Ban ER. Laticrete designed this fast-curing moisture mitigation primer to save installers time and money.

After the crew applied and sanded down the Vapor Ban ER, they laid out the design and applied each color to Spartacote Flex XPL. Johnson’s team then applied a clear topcoat of Flex XPL to prep the floors for the chip design. The design went under each lift and different areas throughout while also incorporating a custom blend of red, white and black flakes.

The team then applied the glow-in-the-dark Spartacote Custom Chip blends in their designated areas around the garage. These were outlined by a thick metallic black line to further illuminate the design. After the crew scraped the chips, Johnson’s team installed a Flex XPL clear topcoat finish with Spartacote Grip Traction Additive.

Spartacote Flex XPL is a high-solids, low-VOC and minimal odor polyaspartic coating for both decorative and protective applications. It provides a clear, UV-resistant topcoat sealer, preventing discoloration from occurring.

Once the team completed the four-day project in August 2020, Shanks was able to move into the ShankShack. There he could get back to his true passion — without lack of space holding him back. Since moving into his custom car shop, he has recorded more than 60 YouTube videos. Overall to date, he’s reached nearly 1 million fans using this space and newly created content.

“I couldn’t envision being more excited about a floor, from the custom designs to finishing details and custom chip set. Since the beginning, these guys have been so enthusiastic and so involved. They were the ones who were talking about wanting to do something cool and special for the ShankShack,” said Shanks. 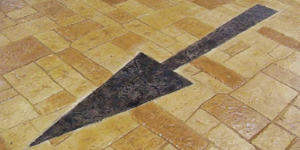 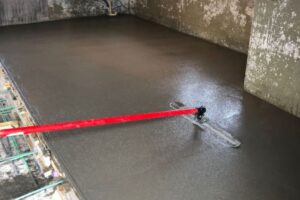 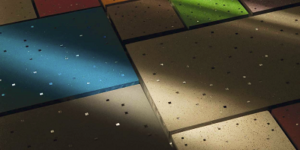