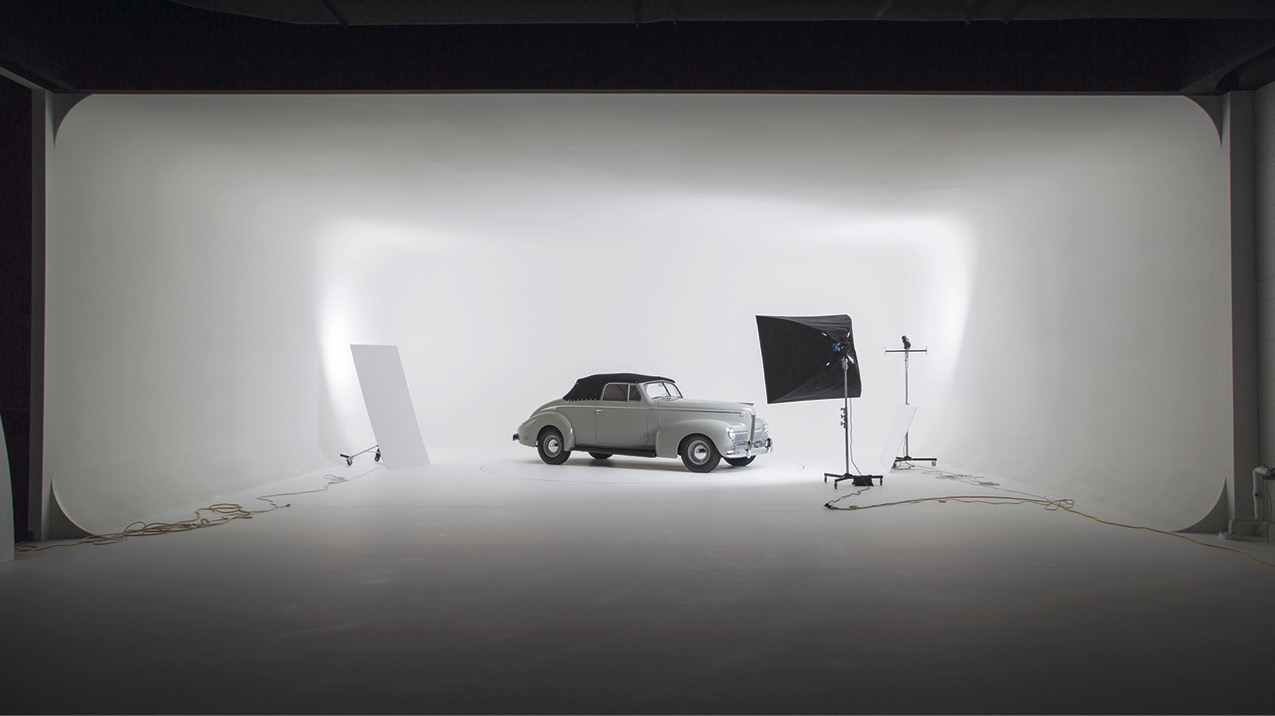 Audiences in France loved the comedy of Jerry Lewis in his Hollywood heyday.

So, should it be a baffling head-scratcher to learn about a billionaire Italian jewelry and luxury goods magnate being smitten with vintage Buicks?

The magnate in question is Nicola Bulgari, grandson of the founder of the legendary Bulgari brand of Italy and vice chairman of the jewelry, luxury-goods, fragrances and hotel/resort concern.

Bulgari is big on old Buicks — and a variety of other iconic American automobiles. So much so that he developed a sprawling, 21-acre warehouse complex in Allentown, Pennsylvania, where some 150 fully restored cars are housed in seven buildings.

The collection ranges from the relatively mundane (a Plymouth minivan, for example) to the rare and noteworthy, such as the taxicab from the beloved American movie “It’s a Wonderful Life” and a 1940 Buick Estate Wagon (a “woodie”) once owned by Hollywood legend Bette Davis.

But even the less-than-memorable vehicles at the complex boast some kind of significance, such as being the first model year of groundbreaking models — the Plymouth Voyager mentioned above, for example, was not just representative of the minivan phenomenon. It was the first minivan from Chrysler Corp., driven off the assembly line by CEO and company turnaround strategist Lee Iacocca. The rest is history, as they say, as the minivan supplanted the station wagon as the go-to vehicle for American families on the road.

Bulgari’s vintage car collection, now part of the NB Center for American Automotive Heritage, is impressive indeed. Just as amazing is the Allentown facility’s restoration program, staffed by mechanics and other experts specializing in auto exteriors and interiors. The collection, you see, not only glitters and gleams. The cars are road-worthy — in running condition and subject to regular workouts on the Allentown complex’s track.

But one corner of the Allentown complex was causing a case of heartburn, a situation that called for the expert attention of a local epoxy flooring and coatings contractor, Shane Smoyer of Surface System Installation.

The problem was a photo studio where facility managers struggled to find a concrete coating solution that delivered a bright, white backdrop for photography, but with a matte finish that could withstand a range of chemical and hydrocarbon substances. It had to stand up to tire marks and abrasion, and scrub back up to picture-perfect condition between photo sessions. The finish also needed to mitigate shadows and reflection.

Why all the fuss about a matte finish plus durable, stain-resistant performance?

Smoyer took the wheel of this mission to find the optimal coating solution, enlisting the coatings expertise of a trusted supplier. 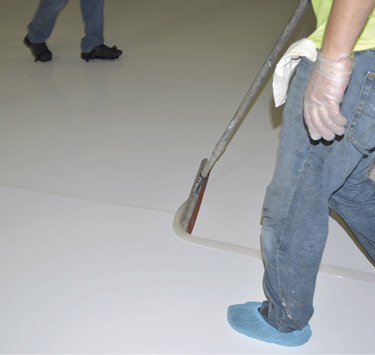 Tricky target: Light on the gloss, tough on stain resistance
By his own reckoning, Smoyer and his company had earned a reputation for problem solving in difficult coating challenges. In this case, he didn’t find fault with the epoxy coating that had been applied to the photo space.

“It looked good, generally, and was performing reasonably well,” he says. Like many coating formulations, there was a trade-off: Compared to a higher-gloss finish, a matte or flat finish typically comes with a reduction in resistance to chemicals, abrasion, hydrocarbons and other staining agents.

Smoyer turned to Coatings for Industry Inc., a developer and manufacturer of high-performance coatings headquartered in Souderton, Pennsylvania. Smoyer had used CFI’s Wearcoat 100 polyurethane, with success, in demanding service conditions such as food-processing facilities and other industrial settings.

“It’s my go-to coating for any automotive-related application,” Smoyer says of the product. It’s high in abrasion resistance, including wheel-traffic service; highly stain resistant to a range of chemicals, oils and fuel; UV stable and not prone to discolor.

But the coating formulation — a polyester aliphatic polyurethane — was available only in a satin or high-gloss finish. Smoyer asked if CFI could “flatten” the finish in a custom batch. CFI tinkered with the gloss and produced a batch for testing and evaluation.

Put to the test
CFI’s polyurethane coating, Wearcoat 100, was put through the rigors of endurance testing on the photo studio’s concrete floor. The polyurethane coating was applied to one section of a testing area and the polyurethane-plus-clearcoat finish was applied to another section, Smoyer says. Then, gasoline, oil and other agents were poured on the surface. A tire skid was added to test resistance to rubber skid marks. An old car from the collection was parked over the area because, as one participant in the evaluation process noted, “old cars always leak” oil and other fluids.

The coating passed adhesion and staining tests, as well as a tire-marking test, with staining and burnishing removed with lacquer thinner and a wipe of a cloth, Smoyer says.

The concrete floor was in good physical shape, so it got a going-over with a cleaner/degreaser and a floor sander. After vacuuming, a microfiber cloth misted with water was used to pick up any stray dirt or dust particles. The polyurethane coating was applied by roller — one coat — with a clear polyurethane topcoat applied two days later. The surface was kept off limits to foot or vehicle traffic for a week to allow full cure.

Ready for their closeups
Maxon sought to explain the importance of the flat white coating for the studio. The HVA, he says, is in the early stages of a project with the Library of Congress to document and photograph noteworthy examples of American vehicles produced since the dawn of the automotive age.

The Library of Congress sets stringent specs of its own for photography, insisting images be captured on film rather than digitally. “Photoshopping” or other retouching is verboten. The HVA, as a result, needed a flawlessly white photo-studio setting, and one that would stay that way.

Some photo studios for vehicles, Maxon noted, are repainted frequently. But this wasn’t a practical option with the HVA, staffed by just two people in Allentown — Maxon and colleague Preston Rose — and limited by budget constraints.

“We knew it was an issue from the start,” Maxon says of the white-paint conundrum. An epoxy coating was initially used when the studio opened some two years ago, but the contractor struggled to get the gloss right. Fluids and oils weren’t an issue, as they scrubbed off, but tire marks threw a wrench into the works. “They would not scrub off,” he says.

Picture perfect paint
For the HVA, solving the photo-studio coating dilemma removes one roadblock to its mission of documenting noteworthy American motorcars — vehicles such as the first presidential limo (powered by steam, incidentally), the first Chevrolet Camaro off the assembly line, the Plymouth minivan mentioned earlier, the Ferrari replica used in the movie thriller “Bullitt,” the 1938 Maserati that won two early Indianapolis 500 races, and other rare and curious entries from the American love affair with the auto.

“Our mission is to share America’s auto heritage with the American people, to make sure people 50 to 100 years from now will appreciate and understand the cultural importance of the auto,” Maxon says.

With a little help from a white coating from CFI and a resourceful painting contractor, the HVA is in the driver’s seat to immortalize the American automobile experience — in tune with the Library of Congress’s precise photographic manual.