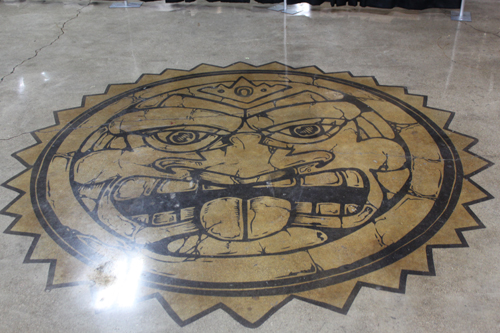 A new case study from Dur-A-Flex touts the usefulness of its Poly-Crete cementitious urethane system in the beverage industry. The coating system stands up to beer spills, forklifts, dropped kegs, and all the other trauma that comes with the brewing territory. As the craft beer industry continues to grow all over the country, small breweries represent a neat little niche for floor coating installers.

The floor in this case was laid by Indianapolis-based Preferred Global Inc. at Sun King Brewery Co. in downtown Indianapolis. 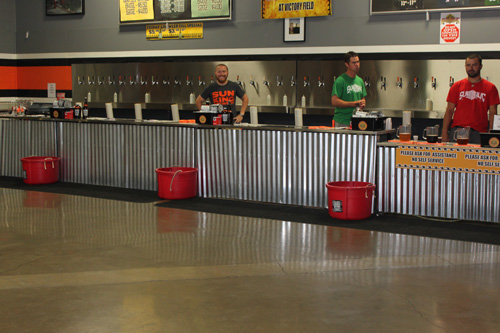 Dur-A-Flex reports that the 15,000-square-foot floor was bare and unattractive with no protection. Its Poly-Crete SLB is a good fit, the company says, because the coating resists slip and moisture and is easy to clean and keep up without repairs.

Here’s the rest of the story, from the case study:

“On a daily basis, Sun King welcomes visitors to the facility for tours, growler fills, can and keg purchases of their well-renowned house and seasonal beers. Naturally, an aesthetically pleasing atmosphere is critical when hosting patrons (as is) an easy-to-clean floor that effortlessly handles a wet environment. 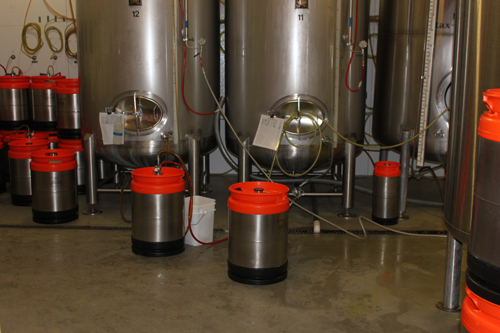 “Not long after opening their doors, Sun King’s owners realized a flooring upgrade lay on the horizon. ‘The concrete alone could not withstand the rigors of beer making and needed some form of protection,’ says owner Omar Robinson. Since bare concrete is extremely porous, the daily washdowns and thermal cycling were taking a toll on the production areas’ surfaces.

“Faced with several traditional flooring options, Robinson consulted with his partners and says they went with their gut instinct and decided seamless flooring was the way to go. ‘We didn’t want a tile floor due to the chipping and cracking if something was dropped or something heavy was placed on it. And we didn’t want to deal with constant repairs or grout,’ says Robinson. 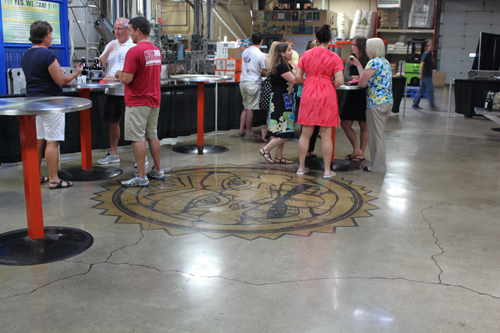 “Dur-A-Flex’s approved contractor, Preferred Global Inc., was contacted by Robinson for the install. “Preferred delivers what they promise. They have excellent customer service and work within the time crunch,” he says. …

“The time element that worried Robinson was driven by the need to reduce any downtime and impact to production. Knowing this, Preferred worked around Sun King Brewery’s schedule, installing while production surged on. The results were on-time installs that allowed Sun King Brewery to eliminate revenue loss while improving their facility. … 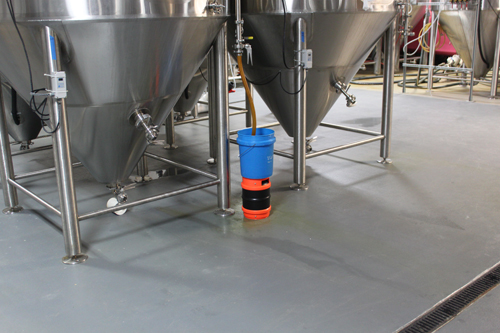 As Sun King Brewery continued expanding over the years, so has the need for Dur-A-Flex’s Poly-Crete system. More than 15,000 square feet of Sun King’s production area has Poly-Crete flooring. ‘We have nonslip surfaces that are seamless, easy to clean and durable. The cove is especially helpful because there is no crease to collect dirt, grime or contaminants,’ concludes Robinson.

“An addition to the facility is underway and Preferred and Dur-A-Flex’s Poly- Crete will be on top of it. Sounds like the makings of a perfect brew!” 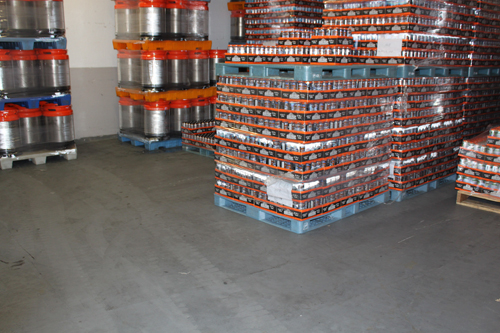 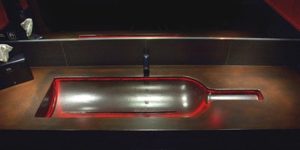 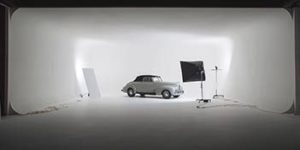