The Best of Show award went to Cody Carpenter of Architectural Concrete Interiors (ACI) located in Phoenix, AZ, for Timo Bar, a commercial restaurant project for which Carpenter acted as general contractor, designer, and fabricator to produce an extraordinary concrete piece. Using a form made of finish-grade plywood veneered with high gloss laminate, Carpenter decided on the cast-in-place method to develop a sense of visual movement by playing with and creating varied color striations in the monolithic piece.

“I wanted to give the counter space a more defined separation of finish, so I decided to seed the top with glass aggregate, and grind/polish into the aggregates,” says Carpenter. “At the seam at the long run, I created a channel with inlaid thunder eggs which I was given by a fellow artisan that hand-collected them in the Seattle area.” The bar features a hammered foot rail set into the concrete wall that doubles as protection from chair legs and a removable powder-coated pewter bar countertop shot rail cleverly suspended on inlaid steel pins.

Asked why the judges selected Carpenter’s work as Best of Show, Cheng describes, “We appreciated the massive and complex form building it took to create this site-cast work in a restaurant. From the compound corner that looks like a reverse wave to the exquisite detail of the wrought iron bar; and the contrast between the slick surfaces and the delicate inlays, to the grout finish—bold and ambitious, this was a clear winner.”

The two Presidents’ Awards were chosen by the co-presidents of Cheng Concrete, Annalyn Chargualaf-Peluso and Mike Heidebrink, as their favorite picks among all entries. Chargualaf-Peluso chose a concrete, steel and glass cabinet by Paul Wood of Made by Wood for a computer design firm. “The concrete signage displaying the logo made this project really stand out,” says Chargualaf-Peluso. “I appreciated how concrete was nicely showcased through the contrasting surface textures of the ultra-smooth, almost metal-like logo against the terrazzo-like finish of the background. The logo is crisp which is technically impressive. This looks deceptively simple but is otherwise really difficult to achieve at near perfection.”

Heidebrink’s award goes to Michael Pasquale of Pasquale Construction for an extraordinary concrete shower. Says Heidebrink: “While the scale of this wall section is impressive, to say the least, the details of this piece are what make it stand out. Mr. Pasquale’s technical mastery of concrete is evidenced by this project’s successful interplay of forming technique, pigment variation, casting striation and air voids. His ability to coordinate these elements and produce this truly tasteful composition deserves applause.”

The notable list of Circle of Distinction award winners include:

Entries were submitted by Cheng Concrete Exchange Members. Of the 104 entries, the judging panel awarded a Best of Category in each of the nine categories, 19 Honorable Mentions, and one Best of Show. Additionally, the co-presidents of Cheng Concrete awarded two Presidents’ Awards for entries of special merit.

The theme of the 8th annual design competition, “Celebrating Infinite Possibilities,” aims at acknowledging those who push the limits of concrete beyond the “decorative” and into the realm of design—“creating something emotional, functional, beautifully technical and sometimes deeply meaningful,” explains Cheng.“I was absolutely floored by the mature, sophisticated work submitted to the Design Challenge this year—hands down the most impressive yet.” 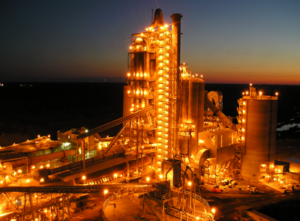 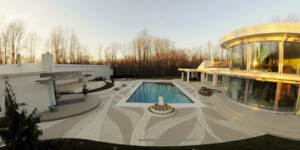