Polished concrete continues to make headway as the flooring choice for grocery chains, big-box stores, museums, schools, restaurants and government buildings, but there’s a recurring problem that keeps rearing its ugly head: joint separation. Overshadowing the floors’ glossy good looks, joints filled with today’s most commonly used products aren’t holding up as well as the floors themselves. The fillers are splitting, pulling away from the edges and discoloring.

“The reasons for this can be attributed to the fact they are aromatic polyureas, which are fast setting, have minimal elongation and lack color stability,” says Brian Bowers, president of Huntington Beach, California-based Solid Solution Products, a company that develops, manufactures and distributes polymer materials for concrete maintenance and repair.

That’s why he’s on a mission to spread the good word about the advantages of aliphatic polyurea, a hydrocarbon compound better suited to do the job when it comes to filling joints for housekeeping purposes, joint edge protection and sanitary concerns.

By nature, aromatic polyureas are not UV stable in natural or artificial lighting. “These products will discolor,” Bowers says, even with a UV-resistant additive. “Maybe not right away but they will eventually.”

Conversely, aliphatic polyureas maintain their color both indoors and outdoors. “Any color — even white — will remain as it was installed,” he says.

Many manufacturers and suppliers will boast how fast their aromatic joint fillers will set. Most have gel times of less than a minute and some set up in less than 30 seconds. “But that’s also problematic because the products are so fast-setting they have minimal wet out time to attain great adhesion to the sides of the joint,” Bowers says. “This is a leading contributor to early joint failure.”

Compared to aliphatic polyureas, aromatic joint fillers have limited elongation characteristics. This, in turn, reduces their ability to compensate for a joint’s fluctuations in width. “I’d say aliphatics have two to three times more elongation than most aromatics with equal hardness,” Bowers estimates.

You can make aromatics softer to increase elongation, but softer fillers don’t support the joint edge as well as harder fillers. “This can lead to premature edge failure,” he says. That’s why both the Portland Cement Association and American Concrete Institute recommend a minimum hardness of Shore A80.

There are a few drawbacks to switching over to aliphatic joint fillers, Bowers concedes. You have to close certain areas while you’re doing the floors. This is because it takes longer for the aliphatic compound to become tack-free and cure.

Aliphatic joint fillers cost about 20 percent to 30 percent more than aromatic. Also, labor is going to be somewhat more expensive. Plus, you need to invest in different application tools because the two-part compound requires equipment that can blend an off-ratio mix rather than the 1:1 ratio used for aromatic applications.

“But if the health department comes in because of joint failure and the customer has to fix the problems, it will cost them more to fix them than it would have cost to use aliphatic the first time,” Bowers points out.

People are spending a lot of money on polished floors, he says. “Why not convince them to spend a little more? The advantage they get is that a year from now they won’t have to to deal with remedying joint separation.” 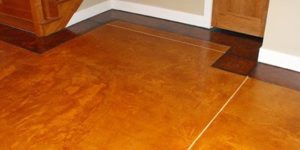 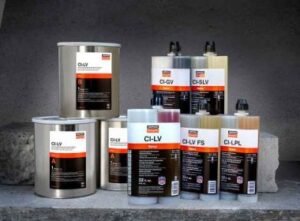 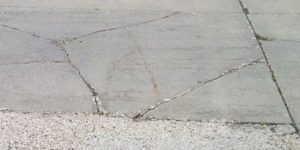 The Basic Principles of Crack Repair on Concrete Slabs