Before we can talk about the actual process of application, we need to take a closer look at what makes these high-performance coatings so different from their single-component acrylic cousins. In the simplest of terms it comes down to “cross-linking.” This is a term you may have heard before, but do you really know what it means and how it impacts the performance of a coating? When long chains of polymers chemically bond to each other to form a single mass of polymers, this is called cross-linking.

All sealers used in decorative concrete exhibit some form of cross-linking, but high-performance coatings take it to a new level. The cross-linking density found in these coatings is what gives them their superior properties.

For years I have used the analogy of a bowl of noodles to explain what cross-linking in a high-performance coating looks like. Imagine a big bowl of cooked noodles. Imagine that everywhere those noodles touch each other a chemical bond forms. These many cross-linking bonds are what make these coatings so strong, so durable, and more important, so chemical-resistant. With such a dense network of polymers, nothing can get through and nothing can react with them. That dense “mesh” network makes for a tough coating.

The other important factors we need to understand before getting to the actual process of application are the forces of cohesion and adhesion. Adhesion is the force of attraction between different substances, while cohesion is the force of attraction between the same substances. So, when you consider reapplication of any coating used in decorative concrete, it would stand to reason that we would want a material that has both excellent adhesion properties (sticking to the substrate) and cohesion properties (sticking to itself).

I find that most people think that if you apply a second coat of sealer on top of the same kind of sealer, it should have great cohesive properties. Well, I hate to break it to you, but not all high-performance coatings exhibit these properties, and in fact some have really poor adhesion and cohesion, depending on where in their life cycle you catch them. Think about it. This is why we spend the extra money on high-performance coatings — nothing sticks to them once they are cured! If they had great adhesive properties, everything would stick to them, and they would look terrible in no time at all.

Hopefully you see where this is going. High-performance coatings have tighter requirements for application success compared to acrylic sealers, and you can’t just roll or spray them down and expect them to stick to concrete or themselves.

Now that we have a better understanding of the chemistry behind these products, let’s connect the dots and bring it all together in regard to application. We now know that high-performance coatings boast high cross-linking density that makes them tough, durable and, for the most part, impermeable to most types of contamination. At the same time, and for the same reasons, they do not have great adhesion properties because of that dense network of cross-linked polymers. (Remember the bowl of noodles.)

The second piece of the puzzle has to do with how cohesion impacts the reapplication (second coat) of high-performance coatings. When these coatings are first mixed and applied, we have to imagine all those noodles swimming around looking for a partner. During this stage the coating is very reactive and will form excellent cohesive bonds — to itself. This reactive time frame is called the “recoat window,” and depending on the coating can range from a few minutes to 24 hours. Temperature, humidity, and other environmental factors also play a part in how long that recoat window will stay open.

It’s critical to be within that recoat window when applying a second coat of a high-performance coating. You need that second coat to go down on the first coat when both are still reactive and strong cohesive bonds can form.

Keep in mind that as more time goes by, the first coat continues to cure, becomes stronger, and will have less ability to form cohesive bonds with the second coat. This is why I can’t stress enough that applying the second coat within the recoat window should be mandatory.

If for some reason the recoat window is missed, standard industry practice has been to let the coating cure for 24 hours, then lightly sand and reapply. The problems with this method is that lightly sanding often is not enough to give the second coat something to grab onto. The result is a weak bond between first and second coats.

Instead, I have found good success with using a thin primer coat between coats when the recoat window is missed. The thin primer coat, in conjunction with a light sanding, greatly increases the chance for success. This procedure should be also considered if and when a second coat is being applied as a maintenance coat in the future. 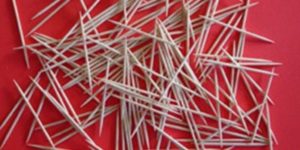 Why Do High-Performance Coatings Outperform Sealers? 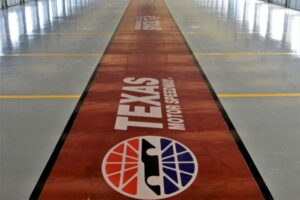 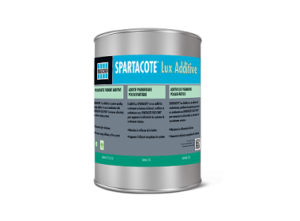