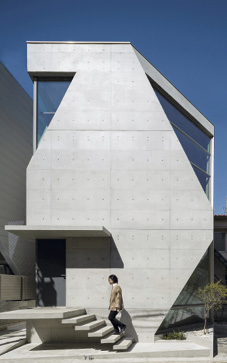 The winners of the American Concrete Institute’s 2017 Excellence in Concrete Construction Awards were lauded during ACI’s convention in October in Anaheim, California.

The highest honor — the Overall Excellence Award — was presented to R·torso·C of Tokyo, Japan. This award is given to a project that demonstrates excellence in concrete innovation and technology.

This house is in central Tokyo on a 710-square-foot lot and belongs to a married couple who share a passion for architecture and art. When they found a rare corner lot, they wanted to build a unique home “towards the sky” to capture a feeling of vastness on a small site with large openings facing upward.

Chamfered corners provide a view to the sky from the interior and also for the people outside. There is an audiovisual room in the basement, and a gallery and a Japanese room on the first floor. Functionality was prioritized on the second floor with a very small living room, dining room, kitchen and bathroom.

“Concrete has been and still is the main material used for the structure of contemporary architecture worldwide, a trend I believe will continue for a while,” noted Yasuhiro Yamashita of Atelier Tekuto Co.

The ACI Excellence in Concrete Construction Awards were created to honor the visions of the most creative projects in the concrete industry, while providing a platform to recognize concrete innovation, technology and excellence across the globe. To participate in the Excellence Awards, projects had to have won at a local ACI Chapter level and submitted by that chapter or chosen by one of ACI’s international partners.

An independent panel of industry professionals judged projects and selected winners. The winning projects this year were:

First Place: Market Street parking garage restoration in Wichita, Kansas
The Market Street Parking Garage in downtown Wichita was so deteriorated that the city had barricaded the entrances and condemned the structure for three years. Rather than tearing it down, city officials determined a rehabilitation was feasible and it would save the city millions of dollars. As the work progressed, repairs went far beyond the superficial. Ultimately the job involved replacing whole structural components, including concrete columns, beams and floor slabs.

It took 12 months and more than 1,750 cubic yards of concrete to bring the garage back to life and reclaim 550 parking spots. Through this project, the city of Wichita demonstrated its commitment to sustainable construction practices by reusing existing resources and being good stewards of community funds. 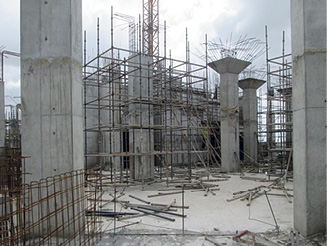 The slab system for the apartment floors is a wall and slab system. At the 13th level where buildings twist by 30 degrees, slabs are post-tensioned voided transfer slabs. This unique solution of voided slabs with post-tensioning has added a clean soffit at the sky deck levels, which are landscaped for occupants to enjoy the best view of the lakes.

The new 15-story building is predominantly made of cast-in-place concrete elements. Its upper 10 floors cantilever out 55 feet on each side of the building supported by leaning concrete columns. Much of the building’s façade is clad in a running-bond precast concrete architectural system made with a complex custom form liner. Several concrete areas are exposed for view, including shear walls, columns, beams and abutments with architectural finishes.

First Place: Ryerson University Student Learning Centre in Toronto, Ontario
The eight-story Ryerson Student Learning Centre marks the university’s new face in downtown Toronto and provides a gateway to its ever-expanding community. Featuring an elevated plaza and glass façade with bridges to the existing library, the learning center is home to a range of academic and collaborative spaces for Ryerson’s students, faculty and staff. Part of its frontage houses retail at and below grade.

While the concrete structure is visibly rugged and heavy, the building’s glass skin is lightweight and transparent. A frit pattern emphasizes this delicate nature while also creating varying lighting qualities inside. To demonstrate Ryerson’s long-time leadership in sustainability, the building is LEED Silver compliant and is topped with a green roof that encompasses at least half the rooftop. Overall, the project team had to overcome some unique architectural and structural challenges to design and form the concrete. 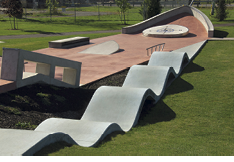 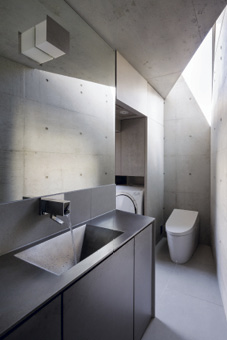 First Place: R·torso·C in Tokyo
For architecture on a small site, sectional and volumetric design is very important. Cutting away the internal volume paradoxically creates a sense of spaciousness in the continuous four-story space inside. Large openings facing the sky effectively incorporate the feeling of vastness in the home’s interior.

First Place: Johnson County Gateway in Overland Park, Kansas
The first design-build project awarded by the Kansas Department of Transportation, the $288 million Johnson County Gateway project was built in one of the most congested stretches of interstate in Kansas. Currently more than 230,000 vehicles travel the area daily with that number estimated to jump to 320,000 by 2040.

This project added much-needed lanes and reconfigured existing interchanges throughout the I-435/I-35/K-10 corridor, as well as added 22 bridges and two diverging diamond interchanges. To alleviate exiting traffic weaving onto city streets, two collector distributor roads were built on either side of I-435.

Normally a project of this scope that involved placing more than 600,000 cubic yards of concrete would take at least six years to complete. However, the design-build process allowed design and construction to be completed simultaneously. The project began in spring 2014 and was completed before its Dec. 31, 2016, deadline.

More details on the winning projects can be found at www.concrete.org. Entries for the 2018 Excellence in Concrete Construction Awards are being accepted now through April 2, 2018. 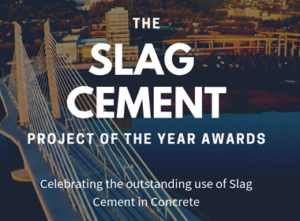 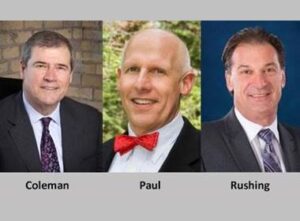 Election of Trustees Announced by the ACI Foundation