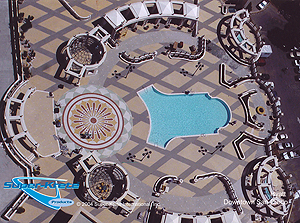 One could say that Super-Krete International, a significant player in the decorative concrete products industry, was born on the tennis court. Ask those who play tennis regularly and 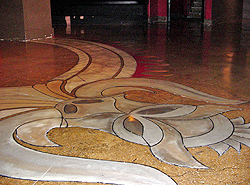 they’ll confirm that tennis courts are subjected to a great deal of punishing foot traffic as well as wear and tear. One of the major pet peeves among tennis players is when court surfaces are marred by cracks, bumps and other imperfections that can affect the path of the ball and potentially cause injuries.

Nearly 25 years ago, Super-Krete founder John Holwitz was a successful general contractor based in the San Francisco area, specializing in 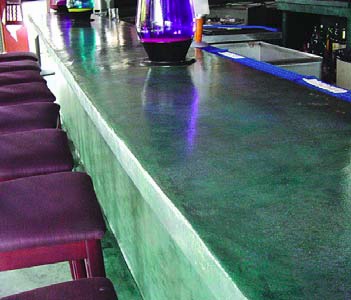 tennis court construction. He understood and was sympathetic to tennis players’ frustrations because he was often called upon to repair and restore aging courts where the concrete coating had failed.

In collaboration with chemists, he developed Super-Krete Liquid Concentrate, a coating product designed to withstand the test of time and last through extreme weather conditions. “We developed a coating that would be more durable, more flexible, and last far longer with better bond strength than existing coatings at that time,” Holwitz recalls.

Over time, through his various contracting projects, Holwitz 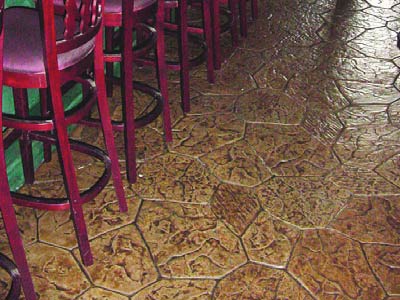 successfully used his product in other applications, including bridge decks, roadways, industrial flooring and dozens of other concrete surface areas. At the same time, he continued to work on developing additional nontoxic, environmentally friendly products for concrete restoration and repair, including sealers, degreasers, water-based color stains, overlayments and acrylic/urethane paints.

Addressing moisture problems
Perhaps his most noteworthy product development was 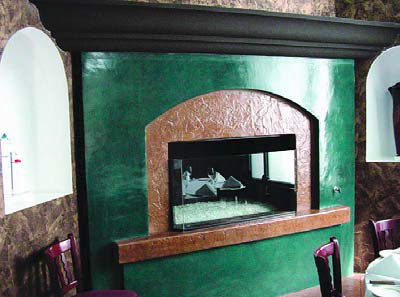 Pene-Krete, which, he says, addresses the fundamental issues of vapor transmission and alkali buildup better than anything else on the market.

“Everybody in the industry had been trying to make products which would bond better to the concrete,” he says, “but ironically, the products were bonding almost too well. These coatings basically trapped the vapor transmission and alkali underneath, and eventually they would cause the top layer of concrete to delaminate and 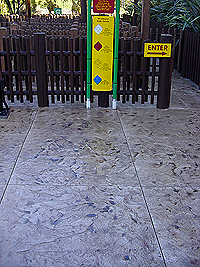 disintegrate, and the coating would come off.

In response, the company developed Pene-Krete, which can penetrate up to 8.5 inches into the concrete. “The water and alkali pull it in, and it fills all the voids in the concrete with a crystal-like glass. In the curing process, it forces all the excess alkali to the surface, which is then water-blasted or removed. Then you can put your coating on and it will not delaminate.”

Meanwhile, Holwitz’s daughter, Tracey, had been working for her father’s home-based business during the summer months since she was a fifth grader, learning about the products and their uses. After graduating from college with a degree in business management in 1998, she bought the Super-Krete business from her father and began focusing its marketing efforts. 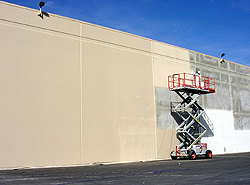 “I’ve spent every summer working for my father since I was ten,” she reflects. “I created the color charts by hand, painting the Ure-Kote paint onto sandpaper and cutting them out and placing them on color charts. I’ll never forget that. But it wasn’t until I graduated from college that he asked me to come work for him full time.

“At the time, the company was still being run from home, just as a side thing to his concrete contracting business. It wasn’t what I originally intended to do, but by then, the 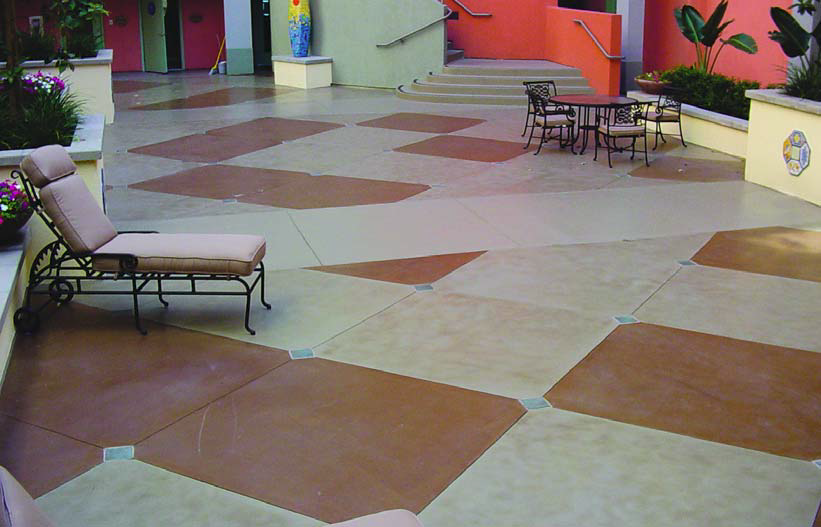 decorative concrete market was really taking off, and I saw the potential in that trend. It seemed like a great opportunity. I knew he had a wealth of knowledge, and I thought I could help by bringing my education into his business. So my cousin John and I purchased the company from my father.”

Market focus
One of the first things Tracey Holwitz did was to fine-tune the market and focus the company’s efforts. “Because 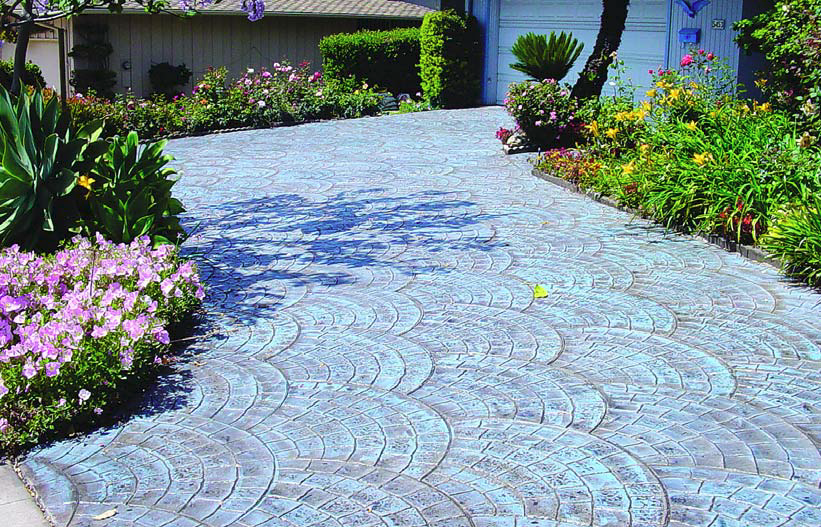 there were so many uses for the products, we had to advertise in so many different trade publications to reach the various people who were buying them,” she explains. “We decided to focus primarily on the hot niche of decorative concrete repair and restoration, which represents the majority of our business now. Our products are still used to restore industrial surfaces, bridge decks, roadways — particularly overseas — but we’re not necessarily targeting those markets here in the U.S. at the 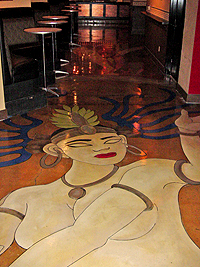 Her father, who was born in New Jersey and raised in Guam, had planned to retire when he moved to Guam a few years ago, but he continued to get numerous calls there about problems with concrete coatings failure. “Super-Krete has come this far, I think, because of our proven ability to solve problems,” he believes. “When I’m called, I identify the problem, try to solve it, recognize the need in the market, and then develop a product for that problem. I try it out for a year or two to make sure everything works, and then turn it over to Tracey for manufacturing and marketing.”

New product development plays an important role in Super-Krete’s current and future success, Tracey Holwitz notes. “Super-Krete is constantly working on the development of new products that will save time, labor and money for the concrete 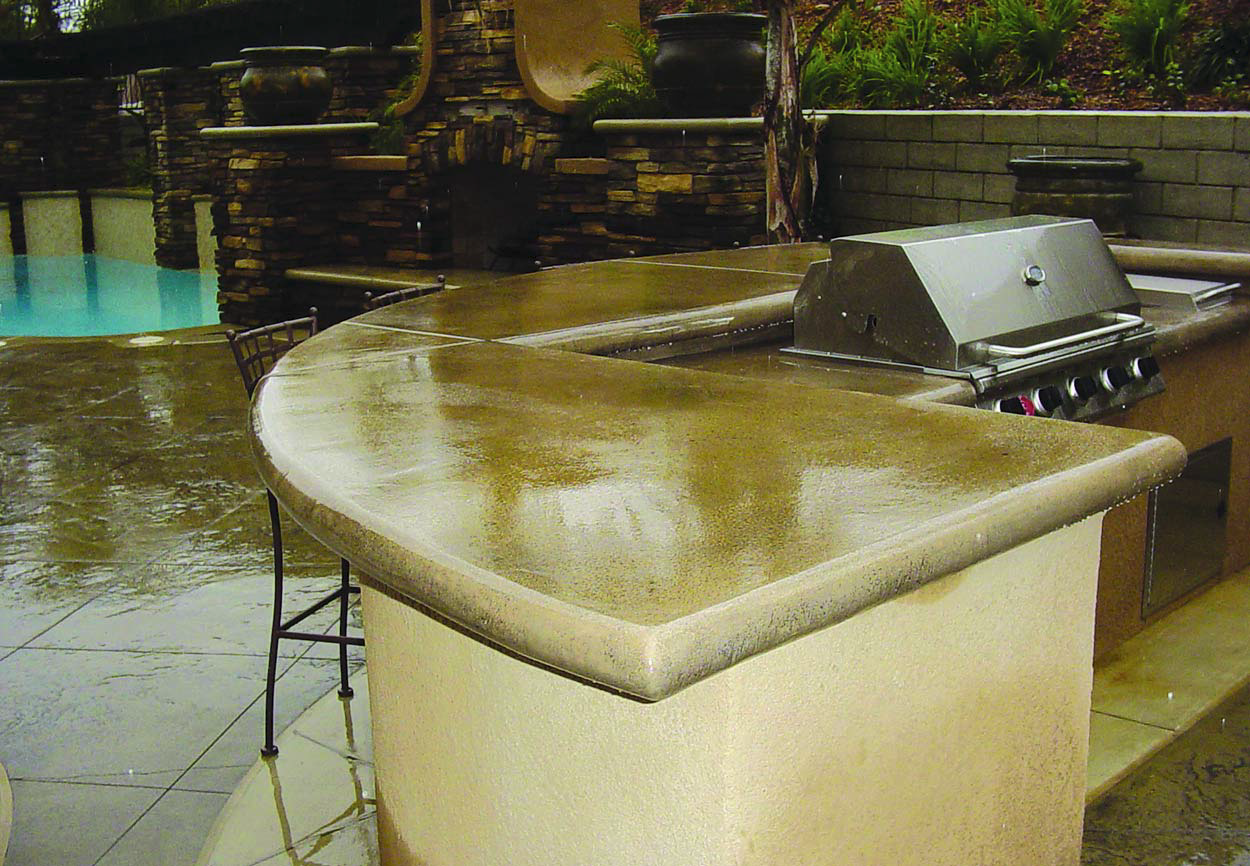 contractor in the long run. For example, we’re going to be introducing, probably in the fall, a single-component stamp overlay coating application. Right now, you have to put down a bond coat surface as well as a stamped surface on top of that. We’re going to eliminate one step completely by making it possible to stamp over an existing concrete surface in just one application. So that’s very exciting for us and our customers.”

Emphasis on education
Holwitz is a strong believer in the need for training, education and certification. The company holds two-day seminars every month on how to successfully and profitably install Super-Krete products, and is thinking about extending them to three days. “We really encourage all the installers to attend our training programs and seminars to learn the proper installation techniques for Super-Krete products and systems,” she says. “Explaining how Pene-Krete addresses the moisture problems is a big part of our training program.”

Super-Krete is also working to develop a basics class and an advanced class, she says. “The people who are coming to us have a wide variety of experience. Some have been pouring concrete for many years and want to get involved in the decorative niche. Others are brand-new to the industry and are attracted by the art deco applications. We’re tailoring our programs around that reality.”

Super-Krete, now based in El Cajon, Calif., is enjoying a growth spurt

that looks promising. “We’re not working out of our home anymore, that’s for sure,” Tracey Holwitz says with a chuckle.

The company’s products are being sold and successfully used in a wide variety of geographical markets and climates, from Mexico to Canada,

New Jersey to New Mexico, from the Pacific island of Guam to the Czech Republic in Eastern Europe. Satisfied clients range from TRW to Dole, from Disneyland to Starbucks, and from the Hong Kong Airport to Guam Air Force Base.

“We’re adding many more employees, we’ve established sales territories across the U.S. and all over the world, and it’s been very exciting watching the company grow,” Tracey Holwitz says. “It has been gratifying to take this wonderful system of products Dad created and make another whole business out of it.” 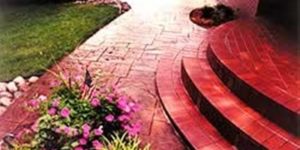