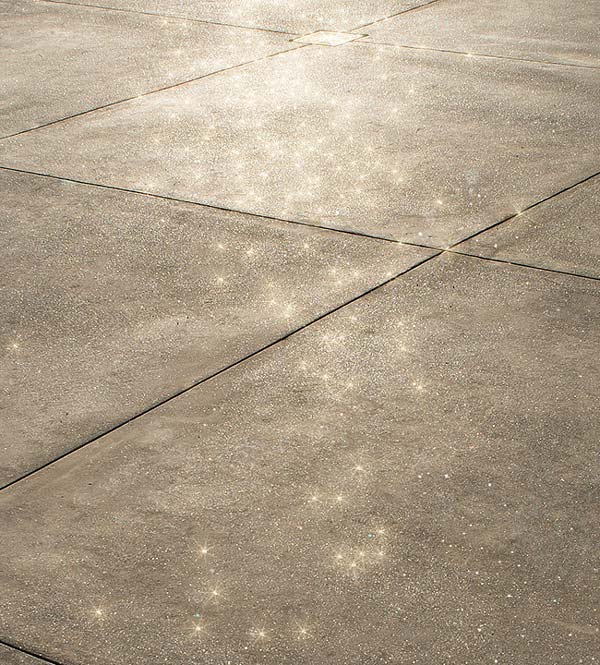 Looking to make your concrete sparkle? Beautiful, durable and nonslip… what more could you want from a concrete surface that dazzles its beholders?

“Sparkle Grain is a way to expose brilliant sparkle on surfaces that look like a sea of diamonds when sunlight or streetlights hit it,” says Tom Ralston. Ralston is the president of Tom Ralston Concrete in Santa Cruz. He has been using the product to dress up otherwise ordinary slabs for 20-some years. To make the sparkle even more prominent, he recommends integrally coloring the concrete mix.

This metallic aggregate from Pacific Palette Concrete Products comes in black and white. Sparkle Grain is recommended where you want a decorative, hard, nonslip surface. The glitzy grit is designed for light to heavy usage on floors, patios, walkways, driveways, steps and ramps in places from homes, shopping centers and wineries to museums, schools and stores.

“It gives you an aesthetic that many designers and specifiers will gravitate toward,” Ralston says. He adds more than 50,000 square at the Dallas Cowboy headquarters in Frisco, Texas has the Sparkle Grain installed. You also can see it in action on San Francisco’s streets, Union Square Park and Moscone Park, as well as high-end homes around the country and airports in San Jose and New York City. 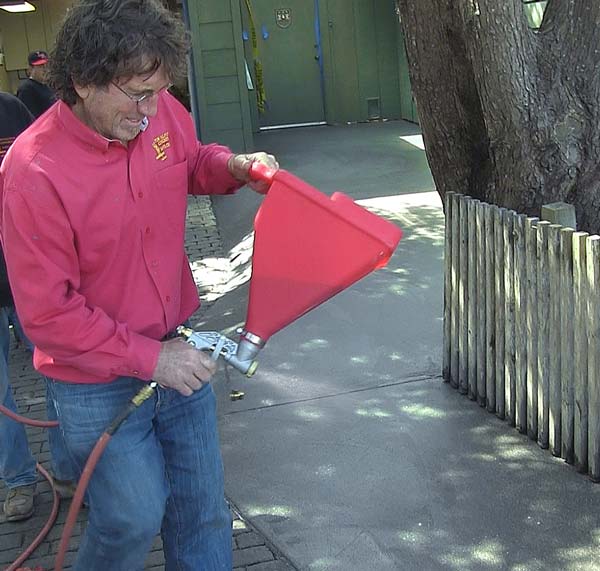 Hand-tossed or mechanical applications of Sparkle Grain can be as light as one seeding or broadcast. They can also be as heavy as three seedings. You should apply it after you have screeded, wood floated, magnesium floated and troweled the concrete. Regardless of the method, for best results, the crew member with the best hand and eye coordination should broadcast the product.

The same goes for applying the sparkle grain mechanically with a hopper gun you can get from any local building supply store. Whoever does the broadcasting, Ralston says, needs to know exactly what consistency the owner, architect or project manager wants on the slab— light, medium or heavy.

“Never broadcast Sparkle Grain so that it clumps up in pockets. And, don’t make it so sparse that there are glaring bald spots,” he recommends. Ralston says he has had good results with a compressor that operates at 2.4 cfm at 90 psi.

“It’s not an easy product to use but it’s not extremely difficult either,” Ralston says. He advises installers to do a sizable mock up. His suggestion is to mock up a space that reflects the targeted coverage before sending out a crew for an actual job. He stresses that it’s imperative that all parties responsible for the finished project be present for the first pour. This will ensure that the application is meeting the desired consistency. 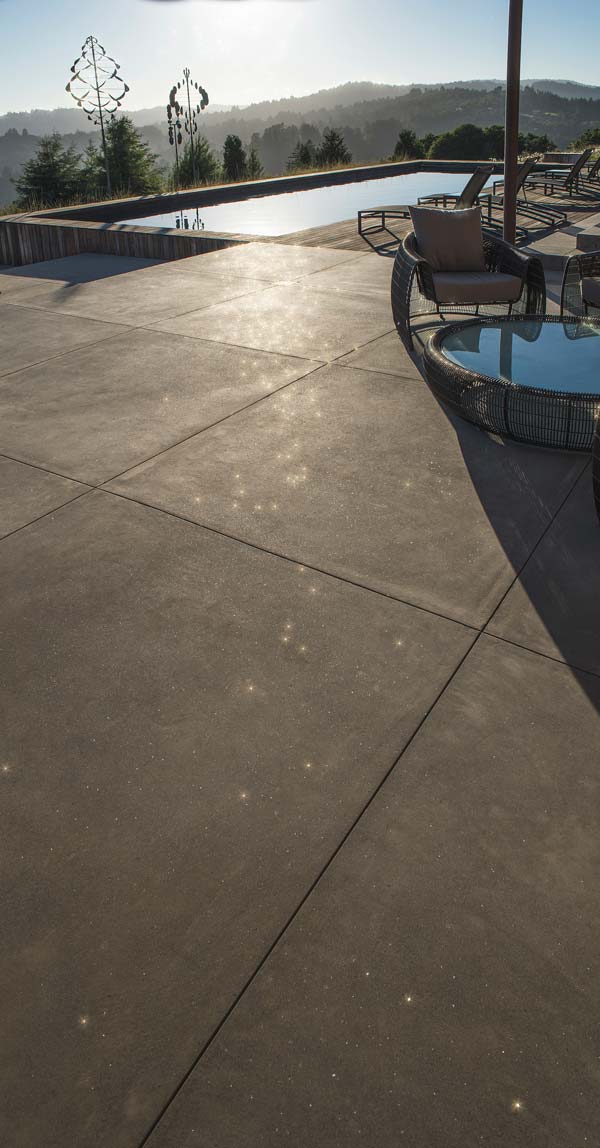 Finishers should treat Sparkle Grain the same way they would other exposed aggregate. “You need to push it into the concrete and surround each particulate by the paste. This locks it in so it doesn’t pop out,” Ralston says. The following day installers should apply a muriatic acid and water solution to the surface, exposing the Sparkle Grain.

If desired, you can seal the surface with a lacquer-based or an impregnating sealer.

Ralston says he really likes using the product. He also  predicts will become more popular in the future as more people discover it. “It doesn’t lend itself to any gimmicky stamps or treatments,” he says. “It looks organic when you do it properly and it serves a dual purpose. Additionally, provides a safe nonslip surface with an aesthetic that is subtle yet beautiful.”