Every manufacturer hopes they will develop a product that is truly versatile. Citadel Polyurea Coatings may have come close to that goal with their new Polyurea-1 HD coating.

Polyurea-1 HD is a single-component, 90-percent solids, aliphatic polyurea that was initially developed to make life easier for the contractors using it. It does that, but its advantages don’t end there. 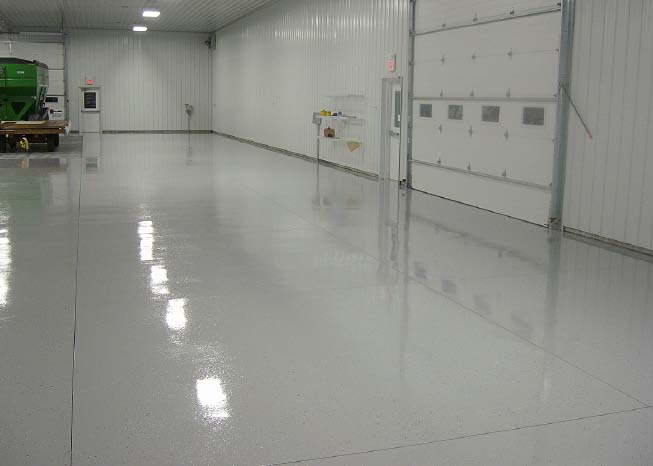 “The idea was to come up with a single-component system so that people could just spin it up and pour it out,” says Citadel marketing director Mike McAllister. “It wasn’t our initial goal to come out with something that had better abrasion resistance, but it came out that way.”

Besides the abrasion resistance, Polyurea-1 HD offers installers an unlimited pot life, low VOCs, chemical resistance and 100 percent UV protection. It also cures fast, so floors can be returned to service in just 24 hours, with foot traffic in four to eight hours.

Although it was meant to be a topcoat for decorative and industrial jobs, it can also act as a sealer. People have used it on bare concrete and walls as a protective coating.

“It’s basically becoming the core of a majority of our systems in some shape or form,” McAllister says. 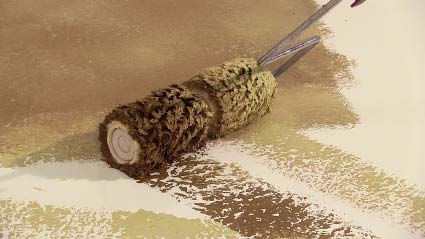 One of these systems is the Medici Polyurea Colour Coating System, Citadel’s latest decorative system. Medici uses a two-headed roller to apply a multicolored basecoat and Polyurea-1 HD for the protective topcoat, creating looks that are cost-effective and elegant.

A Citadel customer recently installed 8,000 square feet of Medici at the Shrine of Our Lady of Guadalupe in La Crosse, Wis., in just one day, and another client used it at the 12,000-square-foot Dahl Auto Museum in La Crosse.

Additionally, a Citadel installer was recently awarded a 48,000-square-foot industrial project thanks to Polyurea-1 HD. “A lot of this is due to the durability and the return to service time,” McAllister says.

Since Polyurea-1 HD was introduced at the 2011 World of Concrete show, there’s been a lot of interest in it, he says. “We’ve received sizeable opportunities in Guatemala, Australia, Singapore and Europe. It’s really changing things for us as a company. 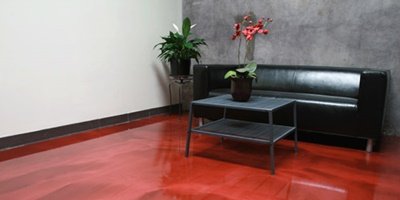 A Decorative Concrete Supply Store Dazzles With Its New Showroom 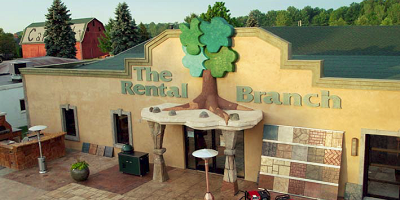 Mike Branch, owner of The Rental Branch in St. Joseph, Mich., had a vision to create the most concentrated display of decorative concrete anywhere. Mission accomplished. Mostly finished as of late 2010, it’s been nearly a year in the making, though it felt more like 10 years.