AquaFlex, a proven resilient coating, is in demand among luxury hotels in Las Vegas, including Mandalay Bay, which has used it twice, and the Four Seasons, an iconic, art deco-inspired hotel on the Las Vegas Strip. The 14,000-square-foot job shown here was installed early in 2015 for the Four Seasons, but the coating looks great even on jobs from years past. 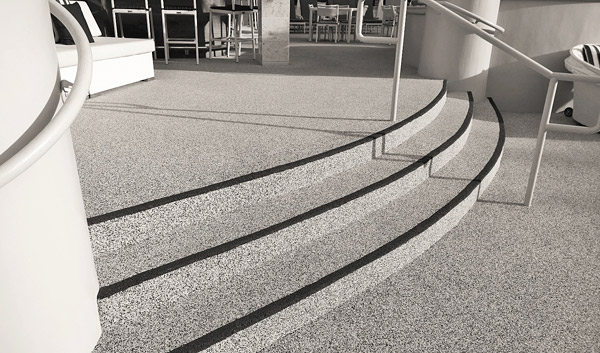 Pebble Stone Coatings is getting more of these jobs through its Play Surface Coatings division, as hotels discover the coating goes on easy, is resistant to pool chemicals and looks great longer than other surfaces. AquaFlex utilizes different colors of urethane pebbles that can be combined in endless color patterns and shapes, including logos. The Four Seasons chose to use cream, gray, black and tan. Plus, it’s a slip-resistant material so it reduces the hotel’s liability for falls on wet surfaces.

Las Vegas hotels typically close down their pools for seasonal maintenance and improvements during the winter months, which means Pebble Stone Coatings is busy installing AquaFlex during mid-winter. The coating is in increased demand, Brendel says, because other, more rigid materials tend to get hairlines cracks when the concrete shifts underneath. And when dirt gets in these cracks they can turn an otherwise beautiful pool area into one that looks aged. “That’s a major concern for Las Vegas hotels,” he says. 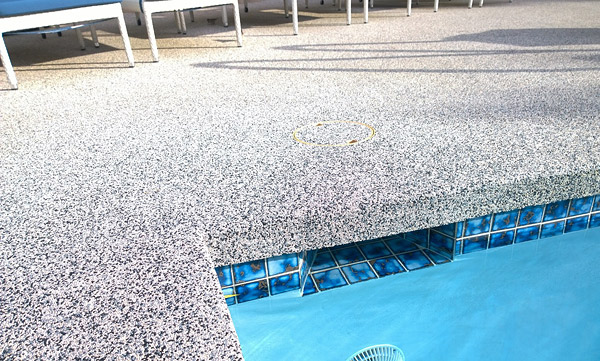 AquaFlex tends to flex a bit with the concrete to avoid those cracking issues, and hotels like the look. “AquaFlex is a soft material with a high-end look and long usable life which, combined with its slip resistance and ability to be cleaned, result in a lower cost of ownership than other materials the hotels have been using,” he says. 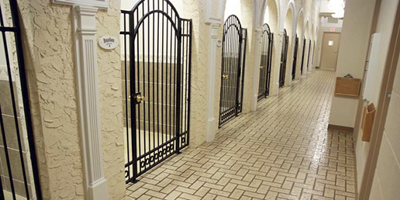 Decorative concrete is going to the dogs. Or at least that’s the impression visitors are getting at Paws by the Lake, a pet boarding facility that opened recently in Avon Lake, Ohio. 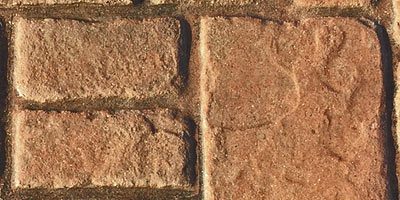 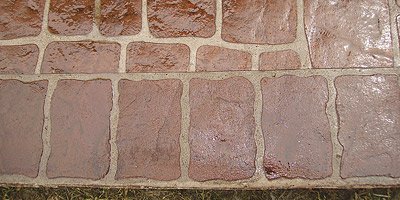 Novice stampers are prone to making a few common mistakes. Some have to do with planning the job. Others have to do with misunderstanding the materials, while still others are simply a lack of familiarity with manipulating stamps and skins. Here’s an opportunity to learn the easy way.