It’s pretty much a given in this business: Somewhere along the line, concrete is going to crack. No one in their right mind is going to guarantee otherwise.

“We actually have contractors that guarantee concrete will crack,” says Ira Goldberg, president of Beyond Concrete, a New Jersey-based Bomanite and Lithocrete franchise that was formerly named Bomanite of New Jersey, New York City, Long Island and Eastern Pennsylvania. “We tell our customers there is always a potential for cracking but we do everything to ensure that it won’t.”

He says Beyond Concrete will repair any color delamination, surface spalling and significant cracking that may appear within one year from the date of installation, no questions asked. The one-year guarantee is standard fare for most decorative concrete contractors across the country, although many will stand behind their installation for an indeterminate amount of time depending on the project.

Goldberg says his company shies away from extended deals. It used to offer a warranty where the company would come out every two years to power wash, touch up and reseal, but Goldberg felt much of the work was unnecessary. “We found that it’s usually three to five years before something needs to be washed and resealed,” he says. “We think our clients are better off just calling us when they need our services.”

Securing a guarantee
While most contractors warrant the installation for a year, most manufacturers guarantee their products for five to 10 years. However, cautions Rick Smith of Richard Smith Custom Concrete in Canoga Park, Calif., “Most companies have a backdoor to get out of their warranties. If you read the fine print, you’ll see that a lot of products aren’t good for certain applications and aren’t meant for certain environments. Companies can always say the failure was due to improper product installation.”

To nip this problem in the bud, Smith — who’s been in the business for 25 years — says for the big jobs he insists that manufacturers send out a rep to walk them through their system. “There are companies that warrant their products for 10 years but only if you use their entire system” and use it to their specifications, he says. With a manufacturer’s rep on the job site, “It’s all documented and they can’t say it was installation error.” Plus, he adds, the client dotes on the extra attention.

Smith says he never loses sight that his company is “just the installer” and he never extends the warranties beyond the manufacturer’s claims.

He also makes a point of telling his clients everything that can go wrong with a job. Before his company begins a job, he drafts a letter recommending a series of products and techniques that he thinks should be used to ensure the concrete won’t discolor or crack. “If the clients don’t want to spend the extra money, they sign off on it,” he says.

But if something goes wrong during the application, Smith continues, he makes sure he has a plan B. “Whatever we do, we make sure we have a backup in the wing,” he explains. “It doesn’t matter how great a product is, sometimes there can be failure.”

Before the concrete is even poured
Goldberg believes that one of the best ways to prevent failure is through education — for those who specify concrete. “I teach architects about proper control jointing, spacing of boxes and other concrete procedures,” he says about his regularly scheduled American Institute of Architects-accredited seminars on architectural concrete. Participants also earn continuing education credits.

By teaching those who specify concrete, he says, he helps head off potential problems. “I believe more important than a warranty is getting the job done properly in the first place. And that means installing concrete to the finest procedures you can follow,” says Goldberg, who’s known in the Bomanite circle as a “specialty concrete guru.”

The lost art of customer service
While Brian Vicari, owner of The Concrete Colorist in Benicia, Calif., near San Francisco, doesn’t argue that proper installation is key to a job, he urges contractors never to lose sight of the importance of customer relations.

Like many others, Vicari offers his customers a one-year warranty. “And I let them know the manufacturer stands by the product for five years,” he says. “But if something does happen, other than abuse, all they have to do is pick up the phone and call me. I’m very lenient with my warranties. I’ve had people who have called two or three years later and I’ve gone out and done touch-up work free of charge.”

That small goodwill gesture keeps clients happy, and they will likely tell others, he explains, which leads to more work in the long run. “It’s an amazing selling tool,” says Vicari, who specializes in microtoppings, acid stains and dye washes. “The most important thing is to stand behind your product.”

Because he offers this service as part of his standard fare, he hasn’t felt the need to offer his customers an extended warranty.

Warranting beyond the first year
Chris Becker, president of Becker Architectural Concrete in St. Paul, Minn., also offers the standard one-year warranty that goes along with application failure due to the product or installation. “But we’re getting asked more and more about extended warranties,” he says. “So we’re implementing a warranty program where we’ll stand behind the products for any length of time if we enter into a maintenance contract with the client.”

For example, he explains, his company recently did a stamped concrete floor for a Hummer dealership. “The owner had no idea how to take care of it, so we put together a proposal where our staff comes out once a month and inspects, deep cleans and waxes the floor. And once a year, we’ll do an intense wax removal and recoating.”

The agreement is an annual renewable warranty with a flat monthly fee that covers work detailed in the contract. It’s understood that if his company has to go above and beyond what’s outlined — say, a Hummer leaked oil all over the showroom — the client would be given a separate quote for the extra work.

“It’s a great setup because the owner knows we’re in a position to fix the floor. If anything significant happens to it, we’re already part of the solution,” says Becker, whose company caters to higher-end projects and one-of-a-kind applications in flooring, stamped concrete, paving and countertops.

He says his company’s extended warranty program is a new offering just beginning to take shape. “I think it’s ridiculous being part of a solution without getting paid for it, so we decided to become proactive,” he says.

Although the extended warranty program was set up primarily for commercial projects, he’s toying with the idea of offering it to homeowners as well. For example, he may quote a price to put in a driveway and a separate annual fee if the project is going to be guaranteed for, say, five years.

“We would come out once a year to power wash and apply a sealer,” says Becker, adding that the Minnesota climate is more extreme than many other areas in the country. He envisions this warranty outlining specifics on how the homeowner should take care of the concrete between servicing. “Like a car, if you don’t do the oil changes or perform regular maintenance it will void the warranty,” he says. And similar to insurance, the price would fluctuate depending on coverage.

“Many people have the perception that concrete is bulletproof, that you never have to do anything to it to keep it looking good,” Becker says. “It’s risky for people in our business to say they’ll stand behind their work when they don’t know how people are going to take care of it.” 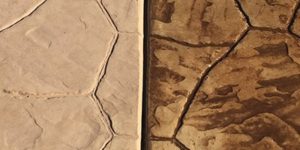 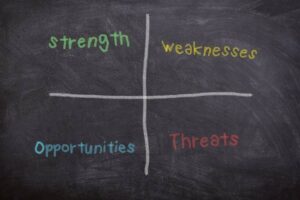 Are you competitive?
Do a SWOT analysis and find out 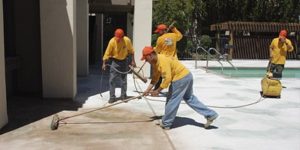