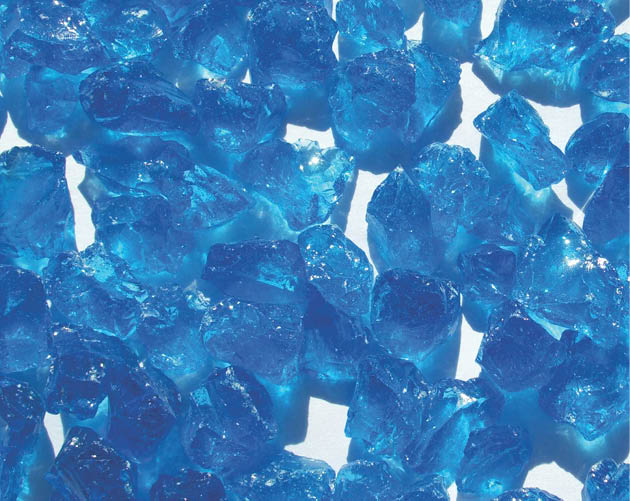 One of the glitches of combining glass aggregate with portland cement is that the combination may trigger alkali-silica reaction (ASR). Under certain conditions the silica in glass and other reactive aggregates such as silica sand, granite and olivine react with the calcium hydroxide in portland cement and form a siliceous gel. This gel absorbs water and swells, which in turn can cause microcracking. Eventually, this can cause the concrete to deteriorate.

“There are three things needed for ASR to happen,” says Ken Thornley, president of Heritage Glass. “Silica in a reactive aggregate, excess alkali in the cement and excess moisture in the system. Removing any one of these will stop the ASR reaction.”

How much damage ASR can inflict on concrete depends on how much reactive aggregate you use and the size of the pieces. But there are many ways to combat this reaction.

For one, you can use a mix that has an aluminum-based cement rather than portland cement, says Dustin Thornley, sales manager of American Specialty Glass. “There’s no alkalinity in aluminum,” he says, “so you won’t get a reaction.”

Also, he says, the less water you use with a concrete mix the lesser the degree of ASR.

Pozzolans such as fly ash, silica fume, metakaolin (a dehydroxylated form of the clay mineral kaolinite) and VCAS (vitrified calcium aluminio-silicate) can be used to stop or control ASR. There are also several lithium-based products on the market that successfully mitigate the reaction.

If you’re going to use a portland-cement based mix, Heritage’s Thornley suggests replacing about 20 percent of the cement with a pozzolan such as those mentioned earlier. “This is the easiest way to fix the excess alkali found in cement,” he says.

Fly ash is the most common pozzolan used but it tends to be on the dark side and can change the color of the concrete. Silica fume is a dark gray, too. The metakaolin and VCAS are white powders.

“They all work basically the same,” says Heritage’s Thornley, and react with the excess alkali in the mixture, making the mix stronger overall and achieving a higher polish. In fact, he adds, finely ground glass in a mix can also serve as a pozzolan as it too uses up the excess alkali and strengthens the concrete overall.

Companies such as CTS Rapid Set, Aggretex and SureCrete sell mixes that have been corrected so that you can add glass without worrying about ASR. 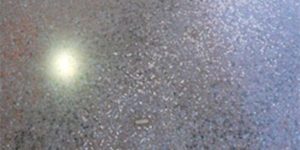 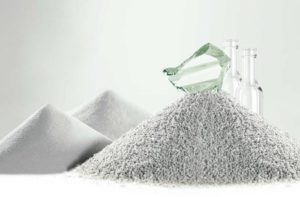 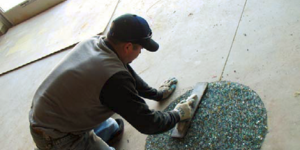