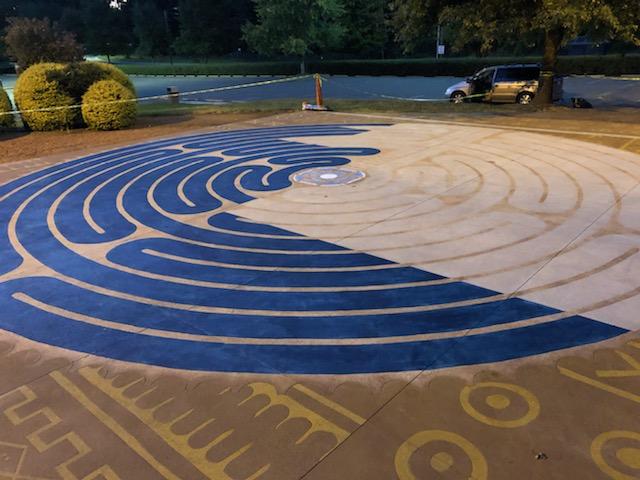 After a decade enduring North Carolina’s harsh sunlight, the country’s first Afro-centric labyrinth has been revitalized by Daniel de Wit.

It was originally created in Charlotte by Tom Schulz, a nationally recognized labyrinth designer. At the opening ceremony for a labyrinth Schulz had installed at Novant Health Presbyterian Medical Center in Charlotte, Almetto Howey Alexander approached him. Alexander, an educator and community service advocate, wanted him to build one for her predominantly Black neighborhood.

Together, Alexander and Schulz carefully selected colors and symbols for the concrete labyrinth at the McCrorey YMCA on Beatties Ford Road.

Today, as Schulz begins his retirement, de Wit is now the concrete labyrinth caretaker. He has spent the last several months revitalizing it. He began with removing layer upon layer of acrylic sealer that the YMCA maintenance department had applied over the years.

“The property manager used the word ‘slather’ to describe their installation process,” de Wit says. “There were 7 millimeters of acrylic buildup. The sealer had broken down so much that it lost its sheen and water repellency, but it was still really saturating the surface.” 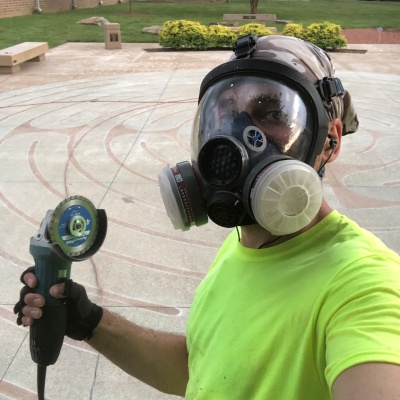 Before de Wit could begin the stripping process, he used a 4.5-inch angle grinder to outline everything on the slab. He didn’t want to lose all of Schulz’s meticulous design work.

“It took about 14 hours of angle grinding. It was quite the process,” says de Wit.

Once that was finally complete, he began the process of removing the acrylic using Cure & Seal Remover from Prosoco.

“I had to work at night because the Cure & Seal would evaporate in the hot sun,” he says.

He first used a buffer with a head designed to remove coatings, and then vacuumed up the dust.

“This was an attempt to remove the bulk of the plastic residue on the surface, so the chemical stripper could work on the deeper acrylic that penetrated the porous surface,” he says.

de Wit then used a pressure washer to remove the rest of the acrylic. Finally, he used a buffer with Prosoco’s Klean ‘N Release Cleaner to remove the greasy residue left over from stripping.

Timing was on his side

Once de Wit finally got down to the base, he used a combination of sprayers, brushes and rollers to apply Consolideck LS (a concrete densifier and hardener) and products from Prosoco’s ColorHard line (colors and hardeners for interior or exterior floors). This is what brought the vibrant colors back to life.

“For the hand painting, I tried to work the color in as quickly as possible so that it would be flatter and more consistent. You can still kind of see some brush marks, but it ended up looking organic in appearance,” de Wit says. “I was trying to be efficient, but it probably took about 50 hours to do all the painting.”

The clock was ticking for de Wit though — after finishing the color at 11:30 p.m., he still needed to apply two coats of Prosoco’s GuardEXT (a sealer for exterior, horizontal concrete). He had to do all this before heading home to Asheville, N.C. The timing ended up being a blessing, though. He was able to take his time with the sealer and let it do its job without having to race the heat of the sun.

“The concrete slab was very porous. It was right at the edge of spalling. Additionally, some aggregate and sand was exposed on the surface, so if it had been a few more years, the revitalization probably wouldn’t have worked,” he says. “I’m happy I was able to get in there during a sweet spot in time when it was still possible.” 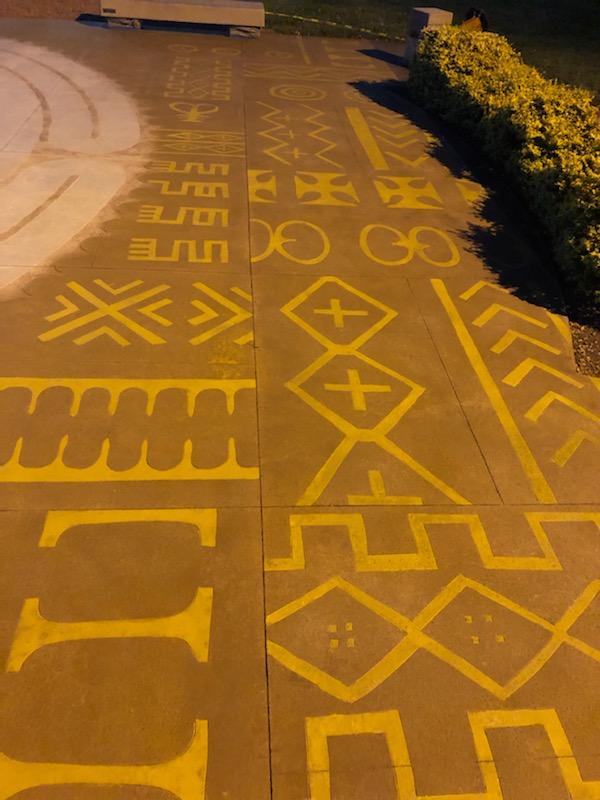 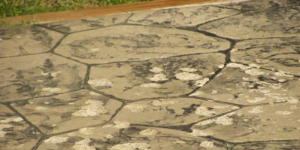 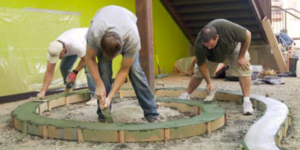 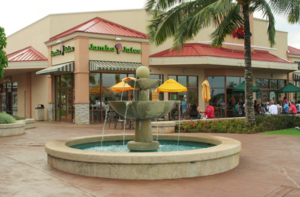