The American Concrete Institute has named the 2020 ACI award winners for Excellence in Concrete Construction. They were honored Oct. 26 during the Institute’s Virtual Concrete Convention.

Taking the highest honor was the Kennedy Center expansion project in Washington, D.C.

This expansion project, known as The Reach, includes three new outdoor venues — the Welcome, Skylight and River pavilions. They are situated on a 4.6-acre campus along the Potomac River. Moreover, the structures feature board-formed concrete, sweeping curves and crisp clean lines that complement the existing center.

The pavilions all interconnect below-grade under a green roof where visitors can meander through the labyrinth of concrete curves. In addition, a variety of elevated decks caps the new venue’s entire footprint. For instance, they include slabs that are conventional, saw-toothed, void “bubble,” curved and post-tensioned. Subsequently, the long-reaching spans and concrete waves blend with the landscape.

Of particular interest inside, multiple board-formed patterns and custom-made “crinkle” form liners also add to the architectural concrete’s texture. While the “crinkle” concrete creates a wonderful acoustic effect in the performance and rehearsal rooms, the visual effect is stunning.

The ACI Excellence in Concrete Construction Awards were created to honor the concrete industry’s most creative visions and projects. They also provide a platform to recognize concrete innovation, technology and excellence across the globe. To be eligible to participate in these excellence awards, an ACI chapter or international partner must nominate the project.

In conclusion, an independent panel of esteemed industry professionals judged the projects. They selected the winners based on architectural and engineering merit. Overall, they judged for creativity, innovative construction techniques or solutions, innovative use of materials, ingenuity, sustainability, resilience and functionality.

And the winners are …

In addition to the Kennedy Center, the other 2020 winning projects are:

The Hudson Commons project in New York City clearly demonstrates “thinking outside of the box.” Overall, the Cove Property Group, Kohn Pedersen Fox and Pavarini McGovern team modernized the eight-story warehouse. For instance, they added 17 stories, creating a modern “Class A” commercial office building. They also outfitted it with abundant lighting, high ceilings, outdoor terraces and other amenities that appeal to today’s tenants.

After demolishing the original building’s full interior, Pavarini McGovern then opened floor slabs to install a new structural core. The team then reinforced the existing foundations and columns to support the tower. Subsequently, the new design significantly brightens the existing building, with glass panels on the first floor and expanded windows throughout. The addition includes an all-glass façade and expansive ceiling heights to ensure tenants get plenty of natural light also.

Located on the site of the former Canadian Pacific marshaling yard, it’s in the northeast sector of Outremont. Above all, the complex marks the beginning of the revitalization of an entire area “in the middle” of the Island of Montréal. Consequently, it got the name MIL (milieu de l’île de Montréal).

The main KAPSARC building consists of a concrete-framed structure with a basement and three floors. in particular, its envelope consists of glass fiber-reinforced concrete cladding panels and glazing attached to steel frames.

The center encompasses a cellular, partially modular system that integrates different buildings as a single assembly with interconnecting public spaces. Additionally, the hexagonal honeycomb structures use the least material to create a lattice of cells within a given volume.

This structural and organizational principle determined the building’s composition as a mixture of crystalline forms. Moreover, these forms emerge from the desert landscape, evolving to best respond to environmental conditions and internal functional requirements. As a result, the honeycomb grid compresses toward its central axis. It serves as an extension to the west of the natural wadi, watercourses that are dry except during rainy periods.

The largest North American soft-ground bored tunnel, the 2-mile (3.2-km) State Route 99 tunnel has a 52-foot (16-meter) excavated diameter. It replaced the aging Alaskan Way Viaduct as a critical part of one of the U.S.’s largest infrastructure projects.

The tunnel’s alignment runs under 158 downtown Seattle buildings. These include single-story structures and high-rises, as well as at-grade and elevated roadways. It also runs under active bridges and a railroad tunnel, several large sewers, and public and private utilities.

The tunnel’s 32-foot-wide (10-meter) roadways carry two southbound lanes atop two northbound lanes. Additionally, the tunnel features state-of-the-art fire detection, fire suppression and ventilation systems, and a security system with closed-circuit TVs. It also has a separate, completely pressurized evacuation area with its own ventilation system — the first of its kind.

The Conococheague Aqueduct on the Chesapeake and Ohio Canal in Williamsport was restored with both historic and modern materials and methods. This water-filled, three-arch bridge carried canal boats over the Conococheague Creek during 1835 through 1924. 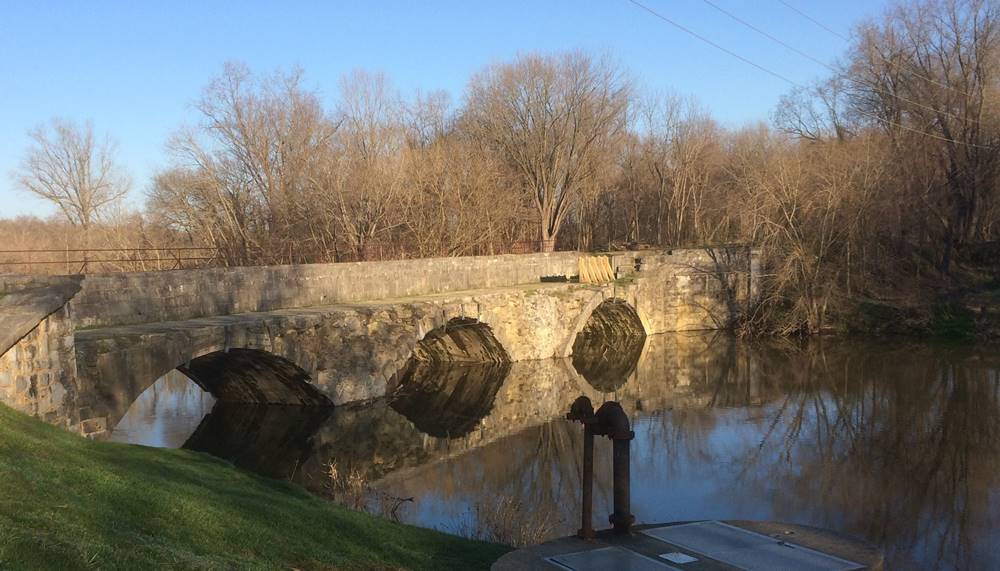 In 1920, a canal boat broke through one of the aqueduct’s stone walls and then fell to the creek below. Subsequently, a timber wall with outriggers replaced it. The repair served until 1924 when two floods caused the aqueduct to permanently close.

The modern restoration included repairing existing stonework, building a concrete channel and also installing timber outriggers replicating the 1920s bridge. Moreover, a new canal-turning basin and the aqueduct’s water restoration, the rehabilitation project has opened the way for visitors. As a result, it allows them to ride a boat across the historic Conococheague Aqueduct and through a working canal lock.

Do you have a project worthy of ACI recognition? If so, entries for the 2021 Excellence in Concrete Construction Awards are being accepted now through April 19, 2021. For more information, visit aciexcellence.org for more information.