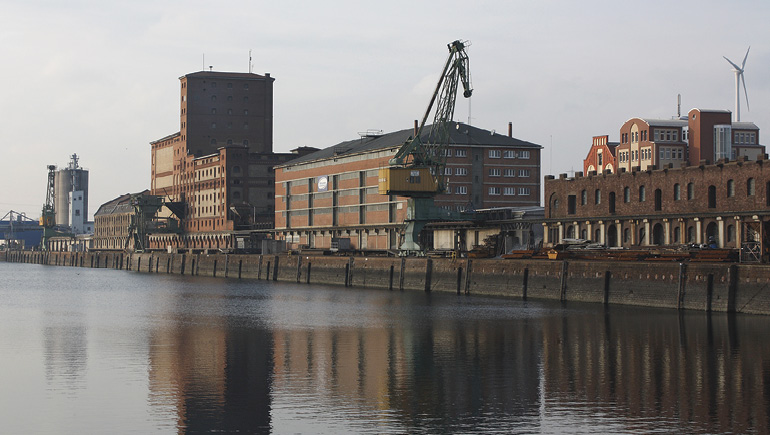 Whether you’re a Republican, Democrat, an alternative party supporter or you have absolutely zero interest in politics, you must be aware that we have a new president in office. Donald Trump’s ascension to the highest position in the land has been discussed everywhere over the last year.

The ushering of the Republican Party nominee into the White House, coupled with the fact that the same Republican Party is in control of the legislative branches of government, means that new agendas and changing positions will be taken on everything from military spending to foreign relations to taxes. While you may or may not care what these changes mean for the country, there are some specific changes that could significantly impact the polished concrete industry.

As a consultant who works with contractors and manufacturers alike, I sometimes see things that aren’t typically discussed that I feel are important to share. So I’m going to attempt to tie together the various strings of thought on tax updates and how these will affect our industry specifically.

Tax increases and you
My last article focused on tooling used for grinding and polishing, and I noted a good portion of the industry’s tooling is manufactured in Asia. Competitive pricing has forced this reality on most manufacturers to maintain their market share and stay relevant.

While Trump was on the campaign trail, he often mentioned the possibility of imposing a 45 percent import tariff on goods from China, as well as a 35 percent tariff on imports from Mexico. The intention was always to give manufacturers an incentive to move their production back to the U.S. to create job growth and boost the economy. You may think, “That wouldn’t affect me or the business I’m running,” so I’ll put some historical context on what a change this drastic could mean.

In 2004, the average price for a gallon of gasoline was $1.79 per gallon. By the spring of 2005 the price had reached an average of $2.70 and by 2006 we were seeing prices around $3.75 a gallon. The repercussions of a 47 percent increase in pricing was felt in every industry. I remember getting invoices for materials that had a line for “Fuel Surcharge.” It was costing more to go meet with customers, deliver the products and do support calls to sites. Everywhere you turned, the effects of high fuel prices were felt. I think there’s the potential for a similar situation related to tax increases.

Imported goods
As President Trump has settled into office, the numbers have been reduced somewhat from those campaign discussion figures. Per several articles I have read, the Trump Administration is mulling a possible 10 percent direct tax on all imported goods with additional adjustments based on the country or region.

Mexico, for example, would have a higher country-specific tax to offset the cost to beef up southern immigration control, including the “wall,” as well as increased agents and technology investments. Another example would be China because of its artificially depressed currency which makes it cheaper to manufacture goods there because of the high relative value of our dollar. I also feel certain that traditional regional allies that house U.S. military installations — such as Japan, Korea, Germany and Poland — will get exemptions or lower overall tax burdens.

A bill that’s currently working its way through the House of Representatives proposes a 20 percent “border-adjustment tax” that would be tacked onto goods from all countries. This tax would exempt exports heading out of the U.S. from current taxes while preventing the existing deduction of imports as a business cost. This will effectively raise taxes for companies that largely depend on imported materials or parts.

The border-adjustment tax, outlined in the plan, would require U.S. retailers that currently pay taxes only on the profit made from the sale of an imported product to also pay taxes on what it costs to purchase it from abroad. To give you a more specific and easy-to-understand example, retailers that buy a metal bond diamond segment from China, Malaysia or Taiwan for $10 and sells it in the U.S. for $30 currently pays taxes on just the $20 of actual profit. But under the current House proposal, manufacturers would have to pay taxes on the full $30 sales price, as well as the original $10 purchase price, effectively increasing their tax burden by a total of almost 50 percent.

Machinery will be affected
Tooling won’t be the only thing affected by modifications to the current import/export laws. The machinery used to grind and polish will be affected as well. While I don’t have specifics as to what manufacturers have which parts manufactured where, one of the most expensive parts — the on-board computers— are typically manufactured in China. I know that other components of these machines are manufactured overseas even if the assembly is completed in the U.S.

There have been significant advantages to this model for many years. In my travels, I‘ve seen handle assemblies, gear boxes, shrouds and computers being made outside the country for different manufacturers. You can bet that a significant increase of the costs for these parts will result in a sharp increase in the overall cost of the equipment, at least until alternative manufacturing locations are found.

These alternative sites will either be in friendly, exempt countries or in the U.S. Changing suppliers will impact the quality as well as the price. In some cases, the quality significantly rises as better quality control requirements are put into place. I see this happening in the tooling market more than the machinery parts. Tooling made in the U.S. or Europe are typically higher priced but have a much higher quality level. That translates to a longer lifespan and more square footage completed per set.

Factor in the U.S. dollar
Another aspect to consider is how these proposed tax modifications will affect the dollar. Some experts think the proposed tax changes will lift the value of the U.S. dollar compared to foreign currencies, allowing prices to stay put. There is some truth to this as taxes and subsidies usually directly impact the supply and demand of goods, which in turn impacts their market prices. If the value of the dollar increases significantly, the price for the original imported goods will effectively go down.

Currently the Chinese currency (the Yuan) is valued at just under seven Chinese dollars to one American dollar. If the dollar increased in value to $1 U.S. to 10 Yuan, the price of the goods purchased would decrease from $10 per diamond segment to $6 or $7. This would then lower the total tax owed on the imported item.

Even if the sales price remained the same as the $30 example discussed earlier, the total profit would buy more goods because the increased value of the dollar would offset the increased tax amount. I don’t claim to be an economist, but I can see the value in an increased strength of the U.S. dollar. I’m not sure it would be a total wash though as it relates specifically to construction or our industry.

Consider other countries
Of less importance is the reciprocating effect an increase in American tax rates could have on other countries. When the U.S. increases import taxes, other countries may respond by increasing their tax on American goods exported to their countries. Many American manufacturers have large portions of their total sales in foreign countries.

The reality is that America is the innovator of much of the machinery, tooling and chemical products and the rest of the world follows us. This allows our goods to excite the markets to purchase our exports. If many of the current markets increase their tax rates on imported American goods, this will lower these U.S. companies’ overall sales.

One machinery manufacturer I talked to explained that one of its markets is preparing to add a 35 percent surcharge to equipment sent in from America. This high tariff will effectively price that equipment out of the market in that country. A lowering of overall sales will put increased pressure on the American market to buy more of those goods to keep the economy of scale pricing that we are currently enjoying. This will probably also result in price increases from the affected companies.

Planning ahead
In the long run, there will be winners out of all of this. A portion of these goods will shift manufacturing back to the U.S. and add jobs related to the decorative concrete industry. Some manufacturers already making their goods here will become much more competitive as the prices of imported goods rise. I also think the overall quality of U.S. goods will go up. This will result in increased footage from the tooling, longer lifespans for the equipment and less repairs overall. Those are all big wins for the industry.

As a consultant, I see what I call “a race to the bottom” with everything from the cost of equipment to a project’s cost per square foot of completed work. Companies are pushing so hard to gain market share that they’re looking for every opportunity to lower their prices.

The price per foot charged today for the work needed to complete the project correctly with high quality results doesn’t match up. It’s hard to make a profit in the current environment. I think a sudden increase in costs will result in an across-the-board price increase, but this will be good for the overall health of the decorative concrete industry. Some customers will have heartburn, but overall the value of the product being provided is high and customers will continue to want polished floors.

Regardless of the specifics, changes to today’s tax plans will be made. Current information points to these changes increasing the price of imported goods. Price increases to the manufacturers or retailers will mean increases in retail costs. I just want contractors and customers alike to prepare for this potential rise.

I don’t believe anyone was prepared when the price of gas doubled and it led to a lot of headaches and frustrated customers. The sudden increase in costs also led to serious issues from contractors who were locked into fixed-price contracts. If you are aware of the impact of these tax discussions on the industry, you’ll better be able to respond and prepare.

At press time, the language for the House bill has been widely reported on. The two big questions are what the Trump Administration puts out as its final plan and what a Senate equivalent bill will look like. The best guesses from a wide variety of sources suggest that an average increase of 15 to 25 percent will be the net result on imported goods. Watch the news to see what the final language looks like and quickly adjust your pricing accordingly.

If you’re in the market for equipment, my recommendation is to purchase it sooner rather than later. Be assured that whatever language finally makes it into law, the changes will happen very quickly as it relates to pricing.

The implementation of taxes on these goods is easy to adjust. Expect the affects to be felt in days or weeks rather than months. Don’t hesitate to talk to your suppliers as you see things unfolding. 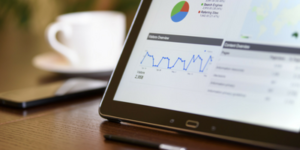 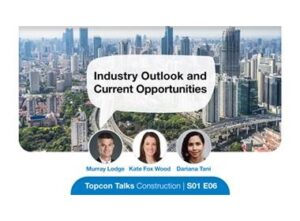 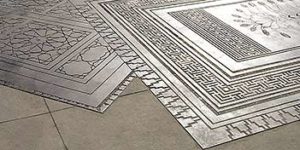 How can we help the concrete industry thrive?