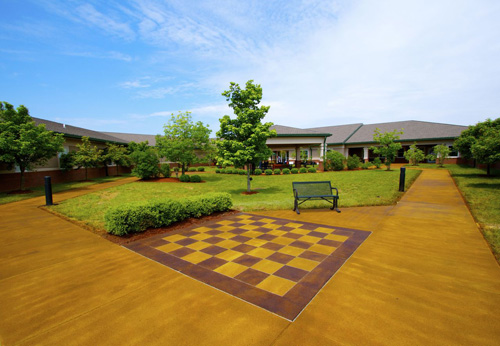 Volunteers from the ASCC Decorative Concrete Council traveled to Hanson, Ky. to work on the hardscape of what is to become a therapeutic garden at the Ballard Western Kentucky Veterans Center. Three students from the Concrete Industry Management program at Middle Tennessee State University, Murfreesboro, Tenn., assisted on the project. 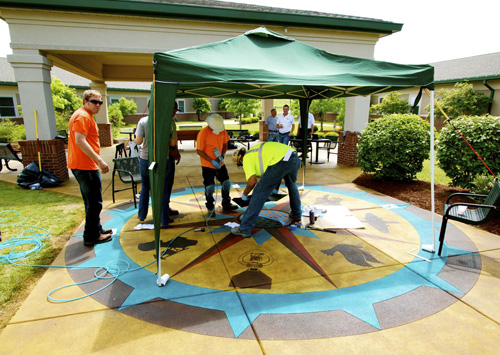 The idea to convert an underutilized outdoor space at the Center into a therapeutic garden came from Sandy Henderson, Greenville, S.C., whose father was a resident at the home. “My father really enjoyed spending time in the outdoor space,” says Henderson. “However, many of the residents did not use the space because of the strong glare off of the concrete paving.” Henderson’s search for a solution led her to the DCC. 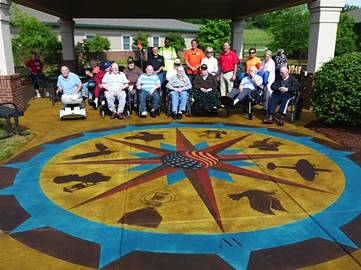 The space will receive additional landscaping and activity areas to convert it into a therapeutic garden. 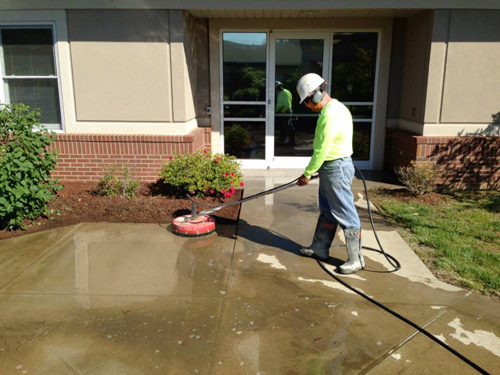 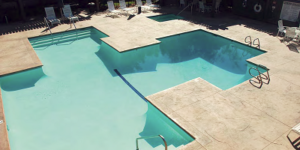