In the 30-odd years I’ve been in the concrete industry, first as a contractor and now as a retailer, I’ve heard time and again that water-based acrylic sealers can’t compare to solvent-based acrylics. I don’t know who came up with this idea or how it became so universally accepted. Maybe it was true “back in the day,” however, based upon my own observations and experimentation, I no longer subscribe to that train of thought. In fact, I believe using water-based acrylics can be beneficial in many cases.

My pessimistic attitude toward water-based sealers began to change about five years ago. I had recently quit contracting and had taken a new job selling decorative concrete supplies. While sampling sealers from a number of manufacturers, I tested both solvent-based acrylics and water-based acrylics on stamped and colored concrete.

One day I stripped the sealer off a very small 1-by-1-foot section so I could test some acid stain. In the past, if I needed to strip a small bit of acrylic sealer, I simply used xylol and a rag. That was my plan this time, too.

I applied the xylol to some water-based acrylic sealer and, to my surprise, nothing happened. I applied more, and really let it puddle and sit for a while. After wiping off the still-wet xylol with a rag and the sealer, the area remained unaffected. I applied more xylol and vigorously scrubbed the area with a stiff brush and a terry cloth. After about 10 to 15 minutes of constant work, I had only stripped an area about the size of a quarter dollar. I quickly concluded that if water-based sealer was tough enough to withstand that kind of abuse, it would do equally well in normal weather.

Not long after this experience, I got word that Indiana was adopting new regulations regarding solvent-based sealers. Due to changes in VOC laws, xylol would no longer be a component. Instead, acetone and its derivatives would be the new carriers. Unlike xylol, these solvents are notorious for drying extremely quickly. Many dry much too quickly to be used effectively. With that in mind, I knew my customers would have to learn a whole new way of doing things. I began to experiment with VOC-compliant sealers to see what was in store for my contractors.

I found rolling these fast-drying sealers was problematic, especially in hot weather. Often, the sealer would dry so quickly that it would begin to “cobweb” from the roller. Fine strands of sealer would float around in the air like wisps of cotton candy.

Even when the application appeared to go well, there were often well-defined roller marks after the sealer dried. These were apparently caused by a double coat of sealer between roller passes. The solvent would flash off so quickly that the sealer could not melt into itself as it was being rolled. Streaking was even more prevalent when using brown-tinted concrete sealer on exposed aggregate surfaces.

In addition to the streaking issue, bubbles would often times form in the sealer. These could either be large bubbles, about an inch in diameter, or thousands of tiny closely spaced bubbles which gave the impression that the sealer had blushed (whitened). There were also times when tiny bubbles were invisible, but became very noticeable when they crackled loudly underfoot. Sometimes, there appeared to be no problems at all, but three weeks later bubbles would form! Clearly, there had to be a solution.

I set this sample outside my store, directly under a downspout. Each time it rains, water beats down upon it. In the past four years, the solvent-based sealer has been completely weathered away. On the other hand, the water-based sealer still appears nearly the same as it did when applied. It has lost a bit of gloss, but the rich color and slight sheen are still intact.

Based on my observations, I have begun advocating the use of water-based acrylic sealers over solvent-based ones for all types of concrete. Benefits of water-based sealers include:

In fairness, water-based sealers do have some drawbacks. They include:

Taking all things into consideration, it may make your life easier if you try water-based sealer on your next project. Your employees, as well as the rest of the planet, will benefit as well.

You can use the same type of sealer over top an existing sealer but first make sure your surface is thoroughly cleaned. Also, start by applying your new sealer in a small test area and let it sit for a day or two if you’re not in a rush. Making sure you have a good bond with the new sealer is critical. Some sealers have trouble bonding because of new VOC laws. It’s always good to test first.

Also, when applying, do it in the cool of the day and with a couple of thin coats, never with one heavy coat.

What water-based acrylic sealer for driveway pavers do you recommend? It was a recommendation to me to use a product called Ultra Wet Look by Wet Look Paver Sealers but it is very expensive ($200/5 gallon). I need to cover about 1,100 sq. ft. I found Eagle Natural Seal at Home Depot for $90/5 gallon, but it doesn’t specify for driveway pavers. Thanks for your article. It was very helpful.

Depending on where you live in the U.S., the recommendation is to use a solvent-based penetrating sealer. It will bring out the color in your pavers without creating a coating film on top of the paver which can lead to slip/fall hazards.

There is also a water-based penetrating sealer that will do the same job but it’s not as effective at bringing out the color in your pavers. Either of these should be spray applied with a pump-type sprayer and back-rolled with a 1/2″ roller on an extension pole. Remember, a few light coats are better than one heavy coat. it dries fast so you should be able to get the job done in a morning when the sun isn’t beating down on your surfaces.

The $200 price range is in alignment with most quality sealers. Here are a few examples from our online store. 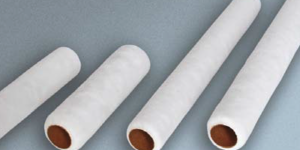 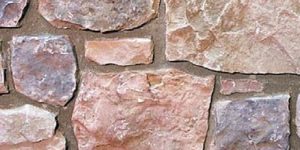